Hainanese Chilli Sauce is a must when enjoying Hainanese rice, a national dish of Singapore which is popular throughout Asia. This traditional recipe is super simple with only five ingredients; we swap out just one ingredient to make it vegan. This unique sauce is fresh, bright and savory all at the same time. Try it on rice, noodles, or even in sandwiches. The spice level is on the mid to high range but can be customized to your preference.

While you’re making this sauce, it’s a good idea to make some Scallion Ginger Sauce at the same time.

Mix together all the ingredients. For best results, let rest for at least 10 minutes before serving. Store in a glass container in the fridge for up to one week. 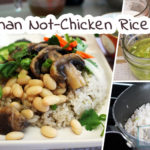 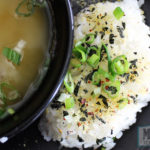