Vegan keto bread that’s also gluten-free? Oh yes, my friends. After all your requests for a wheat-free version of my vegan keto sandwich buns, weeks of testing, fails and more than one emotional breakdown, I give you this fantastic-tasting recipe for Vegan Keto Gluten-Free Sandwich Rolls!

You might prefer the exceptional toasty flavour of these gluten-free rolls whether you need to be low-carb or not, gluten-free or not! They are THAT delicious. But I originally started making vegan bread for selfish reasons: to stay in ketosis in order to keep my chronic tendonitis symptoms away, while still being able to have sandwiches now and again.

Then, I wanted to make THIS particular recipe because I came across an unbelievably delicious gluten-free keto bread at the grocery store but it was so expensive. It was Unbun’s plant-based keto gluten-free buns. At $10.99 CAD for four buns, they were much too pricey for me to buy on any kind of regular basis. So I had to reverse engineer it. 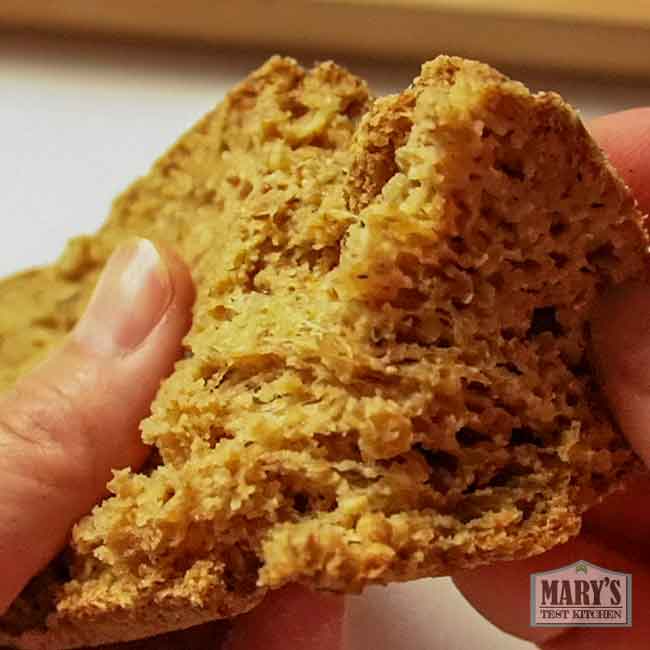 This low carb bread bakes up quite differently compared to traditional bread recipes but the result is still phenomenal. Especially in taste due the to fragrant aromas from baking almond and coconut flours, plus psyllium seed husk. Plus, this vegan keto gluten-free dough is leavened without yeast so you don’t have to wait for anything to rise; just mix, shape and bake!

The first dry ingredient is almond flour; a keto baking staple ingredient. Almond flour is made from finely grinding whole almonds that have had the papery brown skin removed. You might also find it sold as super fine almond meal. Just look for the one that’s purely a creamy white, rather than the one with brown speckles in it.

Coconut flour is nearly pure coconut meat fiber after the fat has been extracted, making this another staple keto baking ingredient. It has a natural sweetness to the flavour and wonderful aroma, especially after baking. It absorbs more water than one might expect and when eating breads made with it, I always suggest drinking plenty of water too.

You might know psyllium seed husk by a more famous brand name: Metamucil.  But don’t head to the pharmacy section to purchase it. Psyllium seed husk is much more affordable from the bulk food section of your grocery store.

This ingredient is pure fiber which is not digestible which helps to give this bread bulk without adding protein or carbs. It also absorbs water and adds lightness to the recipe. And like coconut flour, it adds a nice toasty aroma to the bread when its baked.

Flax seed is famous for being a plant-based egg alternative in baking and for containing ALA, the plant-based source of Omega-3’s. I find golden flax seed a lot nicer to look at compared with regular brown flax so I prefer it for baking. When ground and mixed with water, flax seeds take on water and form a sticky gel. This give this keto gluten-free bread dough more cohesion so you can shape the buns without them crumbling away.

To help this bread’s texture become fluffy on the inside, three ingredients act together: baking soda, cream of tartar, and apple cider vinegar. Instead of trying to use yeast (which would have a hard time as there are barely any carbs for them to munch on), these three leavening agents reliably give lift to the bread. It’s the same kind of combination that is used for muffins and other similar quick breads.

Don’t forget the salt in this recipe; it brings out the flavour!

Olive oil helps to tenderize the bread and adds it’s own delicious flavour. Don’t skip it.

When I added up the cost of all the ingredients for this recipe, I was pleasantly surprised! Each roll worked out to cost $1.28 (Canadian) from a batch of 6 buns. The cost for the entire recipe was $7.68. This is quite the savings compared to buying the original Unbun Plant-Based Buns which were $10.99 for 4 smaller buns.

However, if the ingredients are not part of your regular pantry items, buying all the products at once could be cost prohibitive. Plus, the chart above does not include the cost of running your oven or your own valuable time. You’ll have to decide whether it’s worth it for yourself. 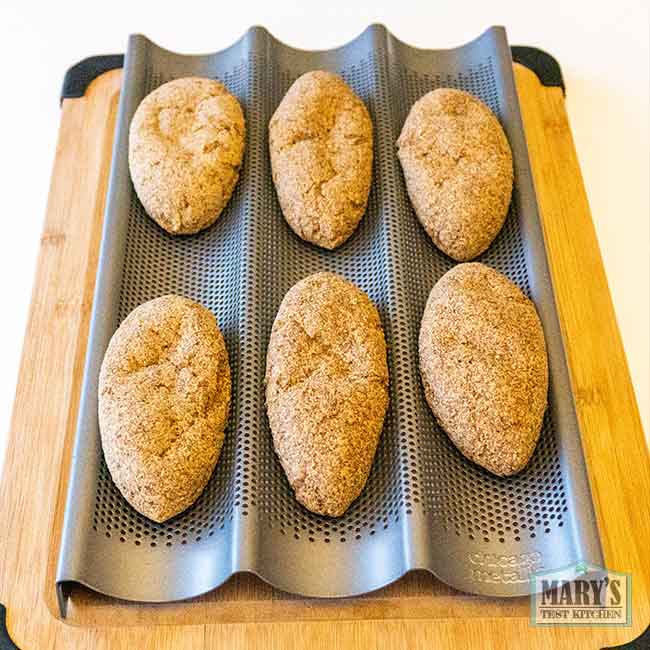 For me, of course, I  find it well worth the cost and time. At the same time, I view all keto breads as a treat food. While these ingredients are quite recognizable, I would not regard this recipe to be whole food based or minimally processed. So therefore, they’re not a part of my everyday diet. And because of all the isolated fibers, it’s important to drink plenty of water when having these as part of your meals.

These Vegan Keto Gluten-Free Sandwich Rolls contain 3.9 grams of net carbs, 10.8 grams of protein, and 21.6 grams of fat; all from plant-based ingredients. 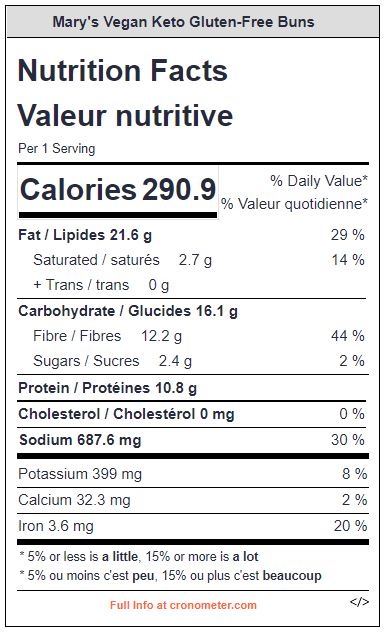 To make this recipe soy-free, you can substitute the soy protein isolate with unflavoured pumpkin seed protein powder. 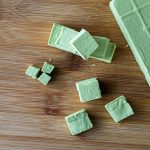 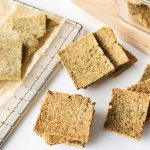