This Vegan Hainanese Chicken Rice Recipe hits satisfies that craving in all the right ways! Made with vegetarian chicken broth from scratch, the rice is super flavourful. Then it’s loaded with juicy mushrooms that mimics the jelly-like chicken skin and white beans that stand in for white meat for a healthy alternative to the classic Singapore favourite Chicken Rice.

How this Vegan Hainanese Chicken Rice came to be…

When I was a kid, I was acutely aware that my meals were often very different from other Canadian kids. When other kids brought ham sandwiches to school, I had a container of rice, vegetables and meat. While mainstream media had me believing that kids should hate vegetables, I loved the sautéed greens that my Dad made with every meal.

In my home, my sister, my brother and I all ate the same things my parent’s did. There weren’t separate “kid-friendly” foods prepared. All food was just food. That’s not to say we didn’t have our own preferences. My brother often refused tofu and I was prone to hiding green peas and throwing them out my bedroom window in a sneaky attempt to get out of eating them. Seven-year-old-me didn’t consider that anyone walking past could see that there was a pile of peas under that window. 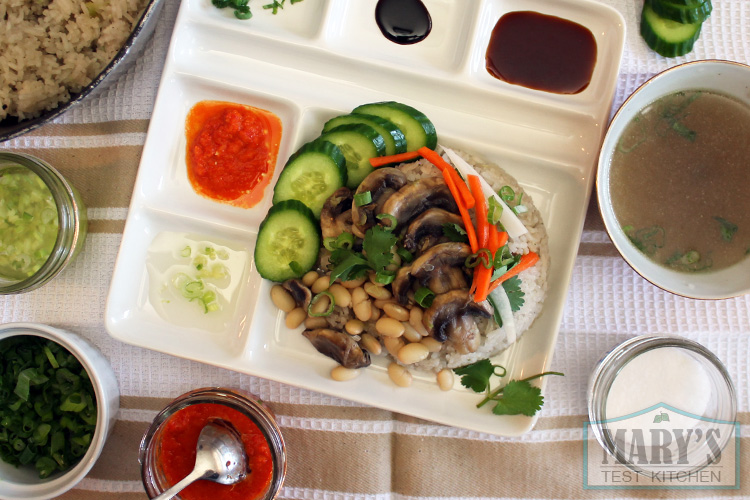 I was nearly an adult before I got over my hate of peas; luckily the Chinese cuisine that we ate had plenty of pea-free options. Like Hainanese Chicken Rice. It’s a fairly well known dish in Asia and a staple on many Chinese restaurant menus all over the world. I didn’t love it because of it’s fame though; I just liked the taste. And knowing that it is one of my mom’s all time favourite dishes, having it with her was a treat.

Now that I’m vegan, I can still enjoy flavours and textures reminiscent of the original dish. This vegan version is much healthier but carries the same distinct flavours of scallion and ginger with rich umami flavours from mushrooms and vegan chicken-style stock. Although I haven’t yet shared this dish with my mom, I’m sure she would love it too. 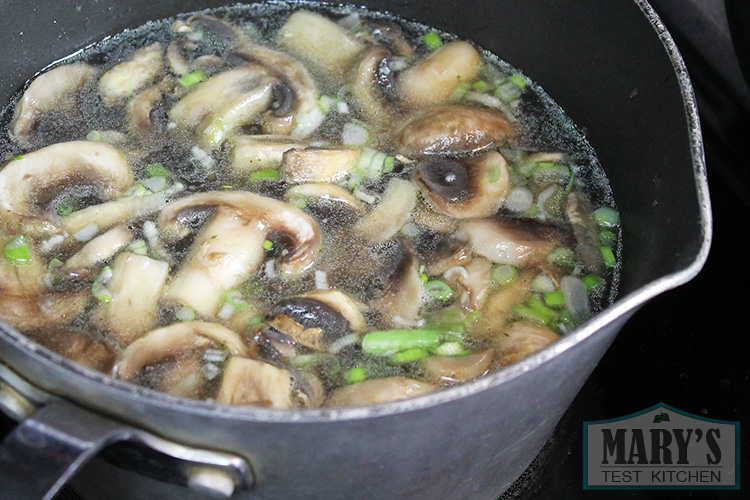 The rice, though plain looking, was the biggest deal of all. Every grain is full of flavour from the special broth. To me, rice is the ultimate in comfort food. 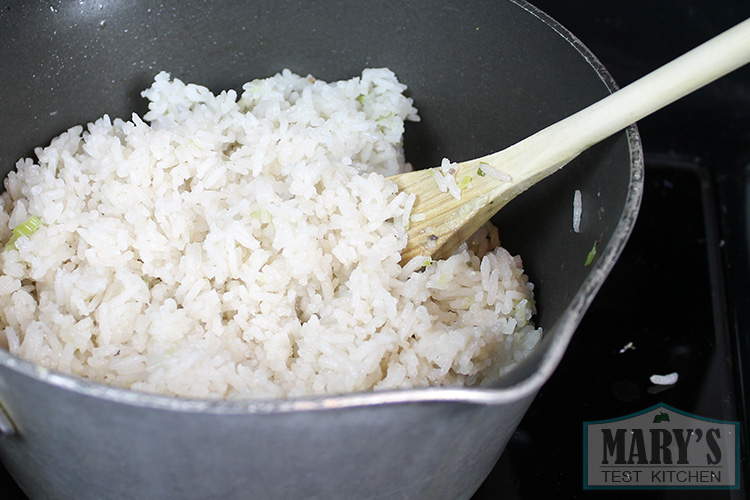 I recommend straining out any bits of garlic, ginger or scallion from the broth before preparing the rice as the texture may be too much for young palates. At least, it was for mine when I was a kid. I loved the flavour of those three things but could barely tolerate the textures.

How does this Vegetarian Chicken Rice compare?

In this version of Hainanese “Chicken” Rice, there is no chicken alternative used at all. Instead, mushrooms stand in for the gelatinous texture of steamed chicken skin, while white beans stand in for the white meat. Another great alternative that’s been swimming in my mind is Gardein or other vegan chicken alternative with some steamed yuba (bean curd) in place of the skin. For my vegan and vegetarian readers, sorry for the detail as I know it can be a bit disturbing. But for my readers who love/loved this dish, you can rest assured that there is a plant-based version to satisfy those cravings! 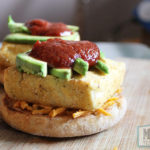 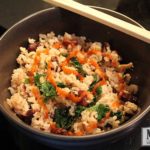