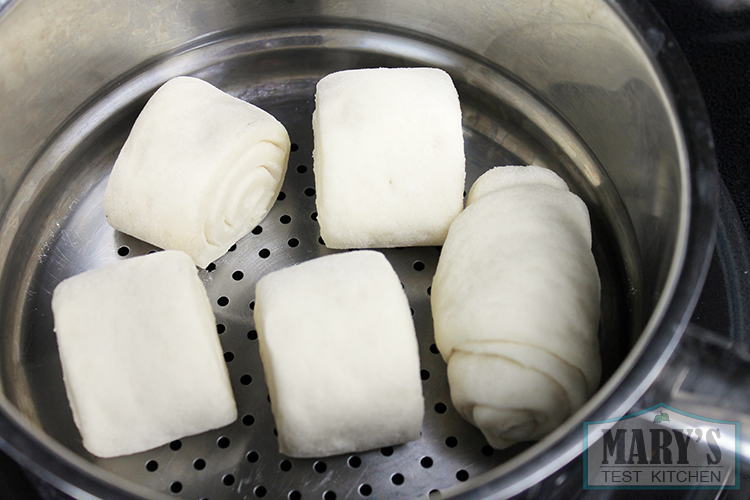 This traditional Chinese recipe is already vegan; using only flour, yeast, water and, in this case, sugar. Plain steamed buns are a staple food that can be eaten with both savory and sweet accompaniments. Mantou originated in northern China as wheat was the major crop as opposed to rice in the south. Growing up in Canada, I was only exposed to the Chinese foods that my parents liked though and didn’t know about Mantou. I was more familiar with Baozi; similar but stuffed with sweet or savory fillings.

It was during a trip to Hong-Kong that I first had Mantou; I think it was the summer of third grade. My maternal grandmother was celebrating a milestone birthday and as with most important family events, it was celebrated with a large family banquet. With the start of the meal, little steamed and fried buns were served. There were all sorts of dips that I could only discern with a dip of the finger. By that age, my Cantonese was already shaky; I could understand most of what was said with context clues filling the gaps in my vocabulary. Speaking the language was more challenging as I grasped for the right words, so instead of asking a lot of questions about the unfamiliar foods, I just ate. 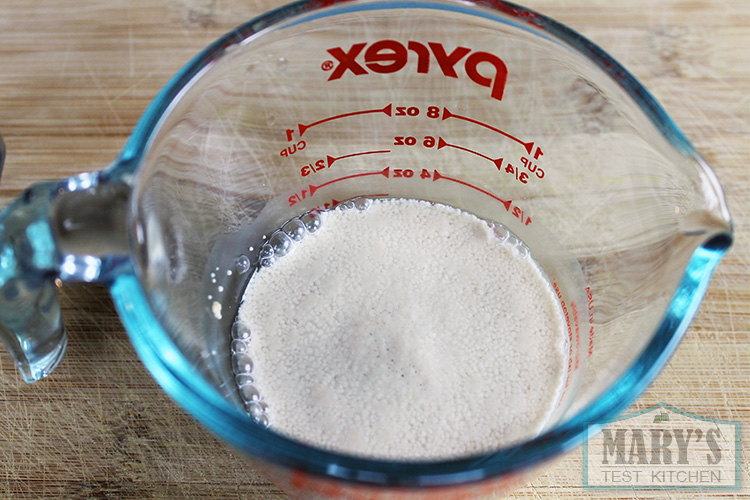 Let the yeast bloom first so that you can see that the yeast is active. Otherwise, you’ll end up with flat, hard buns instead of puffy, soft ones.

Compared to the flavourful baozi that I knew and loved, mantou were painfully bland. It was just bread. Except when you started dipping. You guys know dipping is my favourite way to eat food right? Soon my mom was telling my younger brother and me not to eat so many. Third-grader-me was also very amused that the name of the bun sounded like the words for “slow head” and had a blast chasing and getting chased while yelling “mantou! mantou!” Real mature for my age, I know. 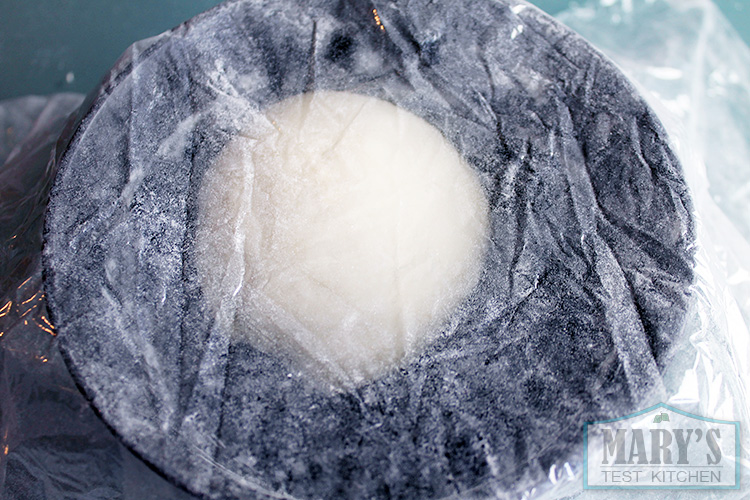 Making the dough is similar to other breads. Let this one rise once to double its size.

So take this little steamed bun and do whatever you like with it. Eat them plain, with savory foods or dip it in some condensed plant-milk for a sweet treat. 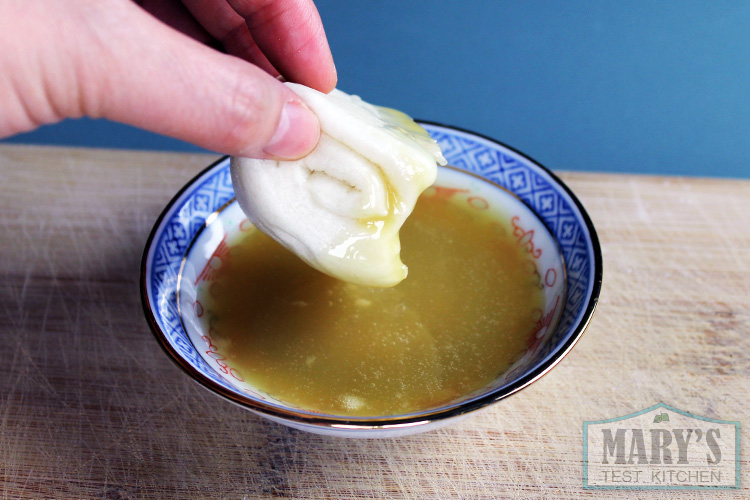 Their small size also makes for a nice slider bun.  Just serve them fresh as they are best straight out of the steamer. 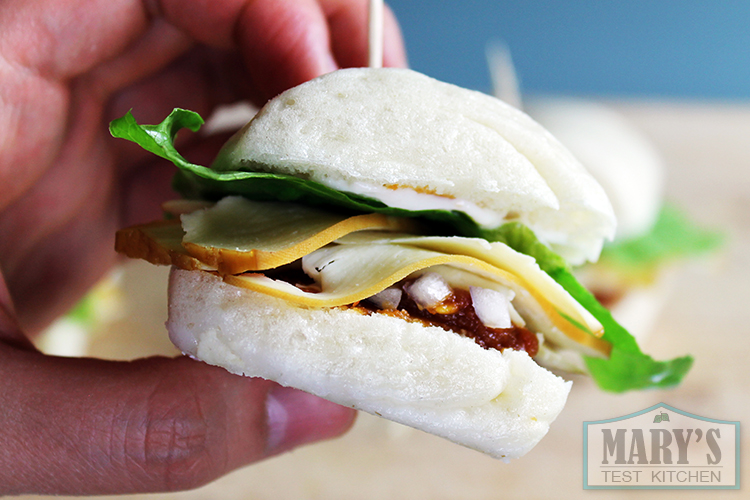 This recipe is just one way of making Mantou. They can also be deep fried, shaped differently and filled, but this way is a simple and easy way to start.

Yields 8
This traditional Chinese recipe is already vegan; using only flour, yeast, water and, in this case, sugar. Plain steamed buns are a staple food that can be eaten with both savory and sweet accompaniments. Mantou originated in northern China as wheat was the major crop as opposed to rice in the south. This recipe can be multiplied to created larger batches. Mantou is best served fresh, but they can be frozen and steamed at a later time.
Write a review
Save Recipe
Print
Prep Time
1 hr 30 min
Cook Time
25 min
Prep Time
1 hr 30 min
Cook Time
25 min
Ingredients
Instructions
Notes
By Mary Lin
Mary's Test Kitchen https://www.marystestkitchen.com/ 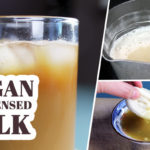 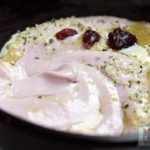