Make vegan condensed milk easily with just two ingredients! Condensed milk is one of those things that stir up my childhood memories. My mom would have the plain kind in her tea and sometimes coffee and she would let us kids have a sip or two. This simple sweetened vegan condensed soy milk recipe brings back those fond memories without any cows harmed. Click here for the printable recipe.

During high school and my very early “adult” years, I would often to go to Hong-Kong-style cafes (cha chaan tang) for lunch, dinner, or late night snacks. I’d get the same drinks every time: hot or iced milk tea, iced milk coffee or dong ying yang; which was half milk tea and half milk coffee. Some of my favourite meals were baked “ying yang fan” which is a type of rice dish that had both white and red sauce or Red Thai Curry in a foil packet with rice. For snacks, it was honey garlic chicken wings or thick deep-fried toast with sweetened condensed milk inside. 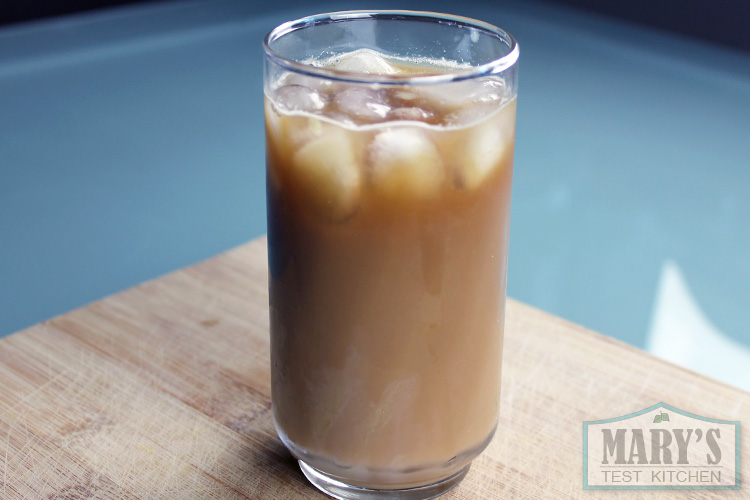 Even though Cha Chaan Teng are known for being fairly affordable, I stopped going as often when I became a broke college student and later a broke college graduate. Then, I never went back after I became vegan since those places aren’t very vegan friendly.

Still, I missed having those drinks. One key ingredient was sweetened condensed milk and even though I know it is out there, I haven’t found a vegan version in my local grocery stores. Finally, I got around to veganizing that ingredient and discovered it’s just as easy as making the dairy version.

I started with ordinary store-bought unsweetened soy milk. I’m not particular about brand for this one just so long as it isn’t a reduced fat variety. 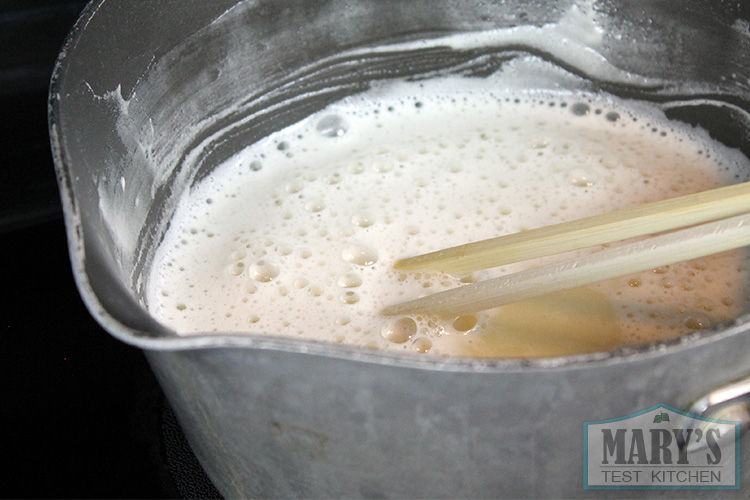 Then I added sugar. A lot of it. And boiled it down until it got really thick and goopy like the canned stuff. It took a while and it’s bit annoying as you have to stand there and watch it so it doesn’t boil over and create a sticky mess, but I thought the process was worth it.

I am not sure how long it will keep in the fridge, but I would guess about one week since that’s how long the regular canned stuff lasts once it’s opened.

Besides the drinks, sweetened condensed milk is great for dipping mantou (Chinese plain steamed buns). The recipe for those will be up soon! 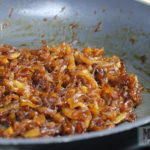 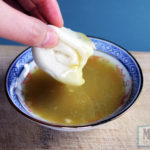