This week’s vegan What I Ate Wednesday is all about facing fears! Food fears.

A couple WIAW videos ago, I asked you guys for suggestions on less noisy breakfasts since I’ve gotten in the habit of waking up at 4:30AM each day. A few people suggested overnight oats, but to be honest, the very idea scared me. I really hate it when my hot oatmeal goes cold so I imagined that overnight oatmeal would be a similarly slimy disgusting mess. 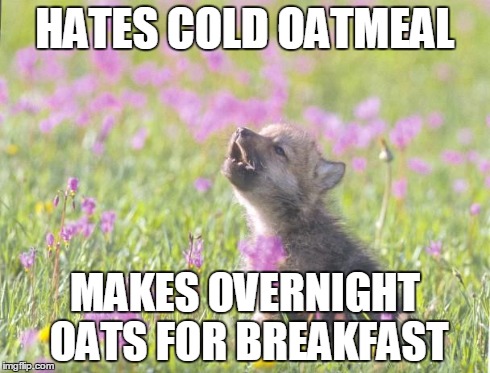 That said, the lazy-factor of this breakfast really appealed to me so I decided to get over my fear and just try it! I was additionally persuaded by Jenelle of York and Spoon. She posted a Pear and Walnut Cardamon Overnight Oats recipe to her YouTube channel recently and the flavour combinations looked really good. She’s also a Registered Dietitian and that somehow makes me trust her more. At least it would be healthy!

I didn’t have the all the same ingredients that she used. I substituted the pear for an apple and left out the walnuts. I made fresh cashew milk to use as a base, added oats, chia seeds, chopped khadrawy dates, chopped apple, and a pinch of cardamom.

What I Ate Wednesday: December 3rd

In the morning, the oats looked like one big beige mess. I took a small taste. I was surprised that the oats were not slimy at all. Instead, they were delicious! The apple and dates had sweetened the cashew milk and the hint of cardamom really pulled everything together. Even though the dish was cold, it wasn’t too chill-inducing. I am guessing the cardamom made it feel cozier and the bright fruit flavours made it very refreshing. The apples got a bit soft and the dates were pretty much dissolved, so to add texture, I added some dried cranberries. The cranberries got a bit hard and chewy in the cold oats but in a good way! I will definitely make this again, though next time, I will either reduce the liquid or add more chia seeds or oats to thicken it up a bit and add half the dates in the morning. 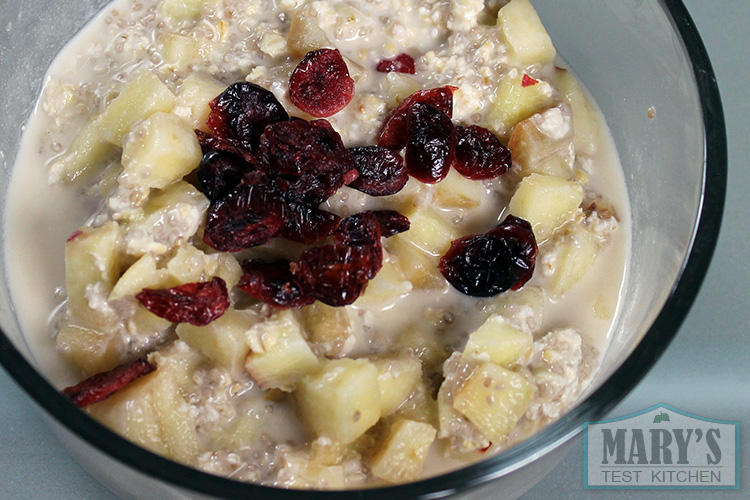 For lunch, I decided to try these “healthy” gluten-free, low sodium instant ramen noodles from Lotus Foods. I had purchased three kinds to try as we are big noodle lovers in this home! I had already tried their black bean instant ramen, and to be brutally honest, I thought they were gross. The noodles made the water an unappetizing brownish-purple color and the prepared broth mix didn’t do much for the flavour. Hence why I was afraid to try the other ones.

But hey, I was feeling bold on this day. OH WOW, MARY. YOU ARE SO BRAVE TO TRY FOOD THAT IS PERFECTLY SAFE AND MADE FROM NATURAL PLANT INGREDIENTS. Yep. Super courageous. ;-D 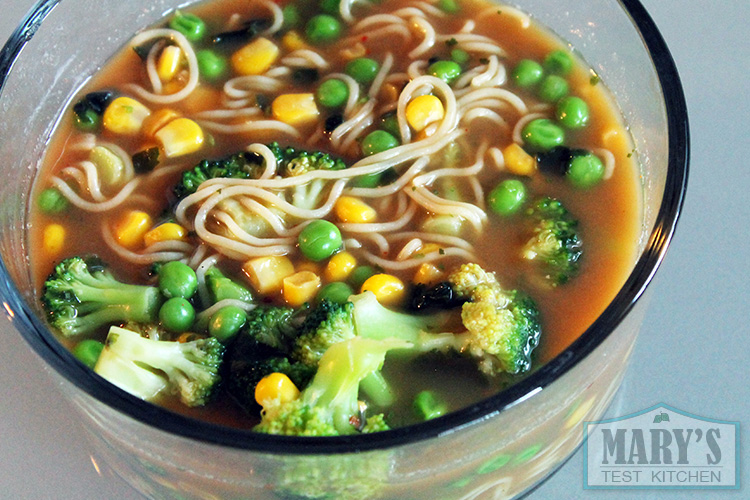 So how were the millet and brown rice ramen noodles? The noodles themselves were very good. Chewy, with bite, not too stiff, not too soft. I really liked them! The prepared broth mix, on the other hand, wasn’t my favourite. I found the flavour to be pretty bland. It wasn’t offensive, just nothing interesting. For next time, I will forget the individual packages and just get the noodles on their own.

I snacked on bananas and some Mary’s Organic Crackers in the afternoon but neglected to record that. That’s what happens when you mindlessly snack while working like I do. Working on my mindfulness!

In the evening, I intended to pull out a little bit of vegan cheese as an appetizer. But after looking at all the cheeses that I bought as a birthday present to myself, I couldn’t decide which ones to have. I ended up having a bit of each. These handmade artisan cheeses were made by Glow Foods, a small (as in one woman) company based in Banff, Alberta. I’ll be writing a separate post detailing these mind-blowing vegan cheeses, but for now, just feast on these photos. 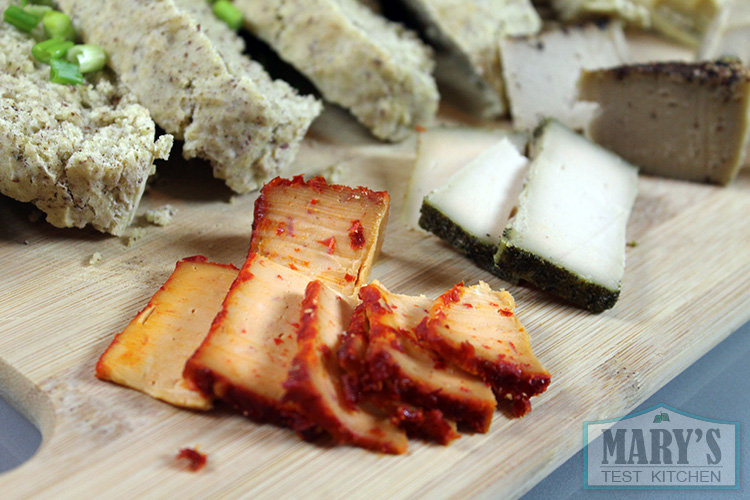 I served them with some fresh focaccia and threw in some carrots to get some sort of vegetable in on the dinner action. After this, I was so full, I was ready to roll myself to bed. No regrets. 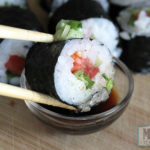 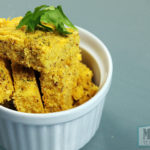