This tasty vegan cornbread is the easiest thing to make. Plus while it’s naturally gluten-free and oil-free, you don’t need any special flours to make it. Snack on it plain or with vegan butter, have it along side soup or chili, or stuff it into a veggie roast.

Want to make that Stuffed Roast Eggplant from the video? The recipe is here!

How to Use This Vegan Gluten-Free Cornbread

This cornbread is best served fresh. As this recipe was originally created to go straight into a stuffing recipe, the cornbread is a tad bit on the dry side. It’s delicious for snacking right after baking, but does not retain it’s moisture well after the first day. For a more moist cornbread, add 2 tablespoons of unsweetened apple sauce or 1 tablespoon of melted vegan butter (such as Earth Balance) to the wet ingredients. 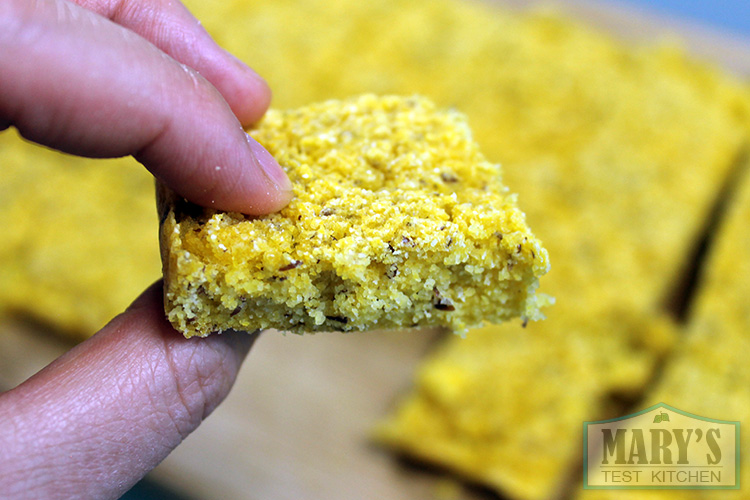 I made up this recipe as I wanted to share a holiday dish with my gluten-free friends (ie. you guys, my internet friends). The Roasted Eggplant with Cornbread Stuffing with Mushroom Gravy recipe that I made for my first vegan Thanksgiving was almost gluten-free by accident, so I set out to nix the wheat in the recipe.

How this recipe came to be

I was asked for a gluten-free stuffing for my Thanksgiving Stuffed Roasted Eggplant and naturally, cornbread seemed to be the perfect fit.  But my cornbread eating experience was somewhat limited. Once from a friend, a few times in restaurants and a few from some vegan bake sales. Some were sweet, others were savory and filled with mix-ins like vegan cheese and jalapeno. Some were soft and cake-like, others were crispy and crumbly. The only ones I really didn’t like seemed to had additional gluten-free flours that give the bread a strange texture and graininess.

The cornbread recipes I found online all contained wheat or special gluten-free flours. Or they included egg.  I just felt that there had to be a way to use only corn. How was the first cornbread ever made? I didn’t know the answer but I assumed that it must have been purely corn. 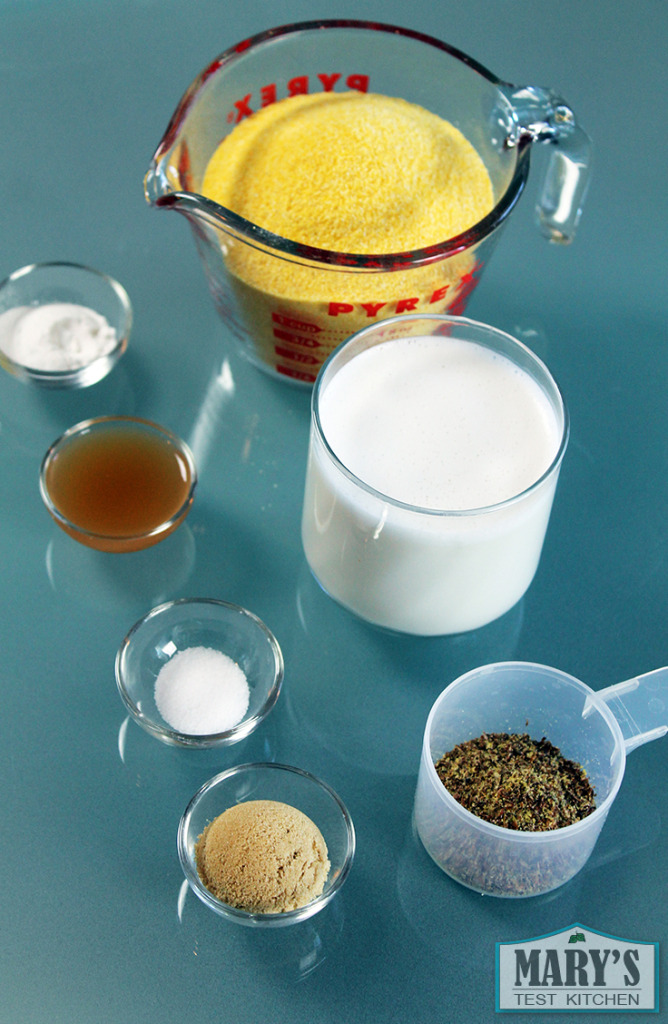 I wanted to leave out any unnecessary oil as well. I already tend to (vegan) butter my cornbread; there doesn’t need to be added fats inside the cornbread itself. If I don’t eat it plain and buttered, I usually will have it with soup or chili. Today, I had it with a bowl of vegetable mushroom gravy. No regrets. 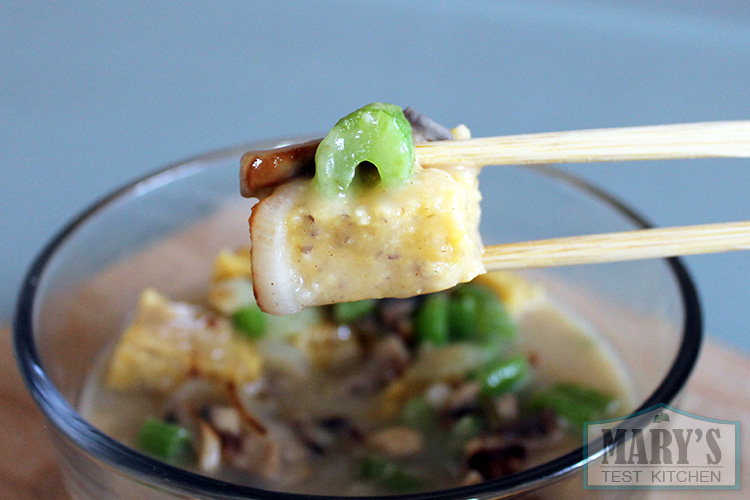 So I mixed a rough batter with cornmeal, salt, sugar, water and baking powder. That wasn’t great. The next try was with homemade cashew milk and apple cider vinegar instead of the water. Much better! The plant milk and vinegar combination stands in for buttermilk in many recipes and it thought it sounded like it belonged in a cornbread recipe. 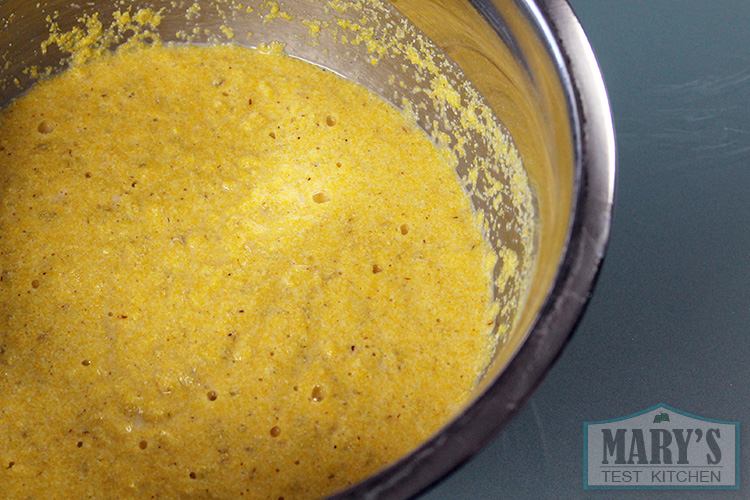 I was so happy with how this cornbread turned out. It is crusty on top but soft in the middle when fresh out of the oven. It doesn’t stay moist long if left sitting out, which was ideal as it was made specifically to be turned into stuffing. But if we want to make it more moist, all it takes is an easy addition of apple sauce or Earth Balance buttery spread. 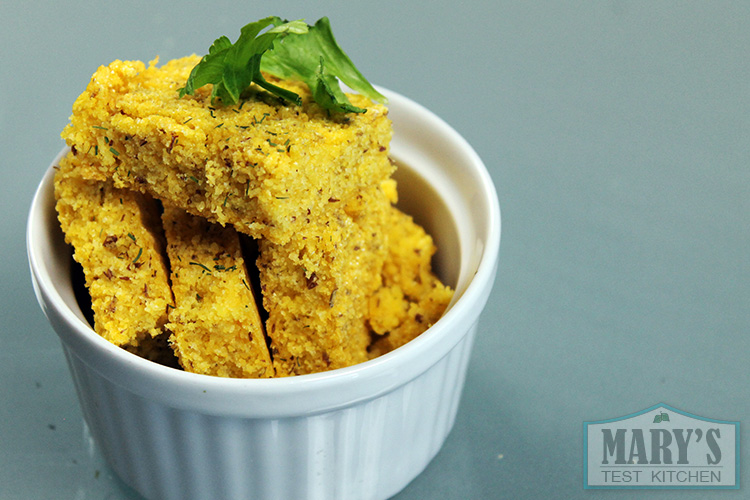 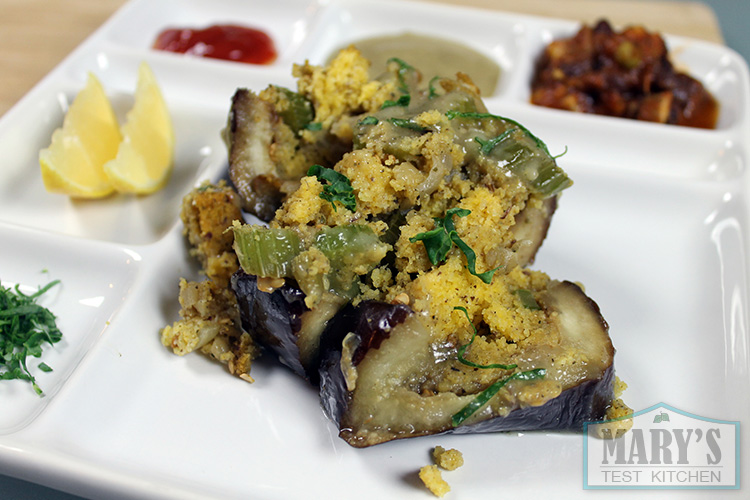 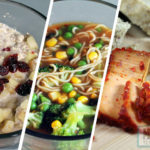 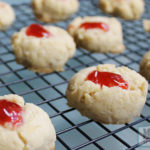