This recipe for vegan ‘chicken’ broth powder is super simple but so useful and versatile! Just mix with water to make vegan ‘chicken’ broth to replace regular chicken broth when you’re veganizing your old favourite recipes. Or you can use it dry to add a salty, savory flavour to tofu scrambles and similar dishes, sprinkle on popcorn and nut mixes, and more.
Skip to the printable recipe.
Pin this recipe.

This DIY Vegan Chicken Broth Powder was inspired by my first whiff of pure nutritional yeast, over seven years ago. When I first went vegan and was researching vegan alternatives, I read about nutritional yeast and how it was good for adding a cheesy flavour to foods. My first impression was not one of cheesiness. I thought it smelled and tasted a lot like instant chicken noodle mix. Specifically, it reminded me of Lipton’s. I would add just a tiny pinch to vegetable stock to add that chicken-ish flavour to soups and dishes and always told myself I’d make a mix to make things easier. I never did. Until recently. 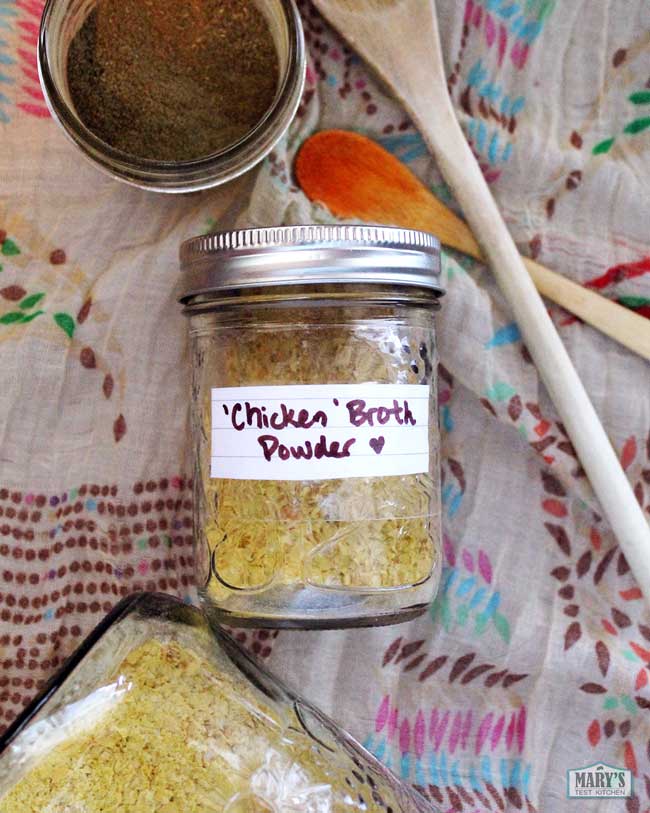 In the video, I also share some brands of vegan chicken broth that you can buy, as well as my favourite chicken broth alternatives. Most commercial vegan chicken broth concentrates (powders, pastes, liquids) include herbs that are often used in cooking chicken in Western cuisine. The most popular brand I like is Better Than Bouillon’s No Chicken Base. Be careful when buying though as they have meat versions as well.

Those herbs (like sage, rosemary, and thyme) are associated with chicken since they are so often used for Western chicken recipes.  So, my DIY version also uses poultry seasoning. However, when I’m non-Western dishes like my Hainanese Not-Chicken Rice, I’ll leave it out. The blend of nutritional yeast, salt, sugar, and herbs is cheap, easy and affordable but I have to admit, it’s not as convincing as my favourite: mushroom seasoning! This mushroom seasoning is NOT ground up mushrooms; it does NOT taste very mushroom-y. Instead, the main ingredient is a mushroom extract. When mixed with water, it resembles pure chicken broth without herbs. 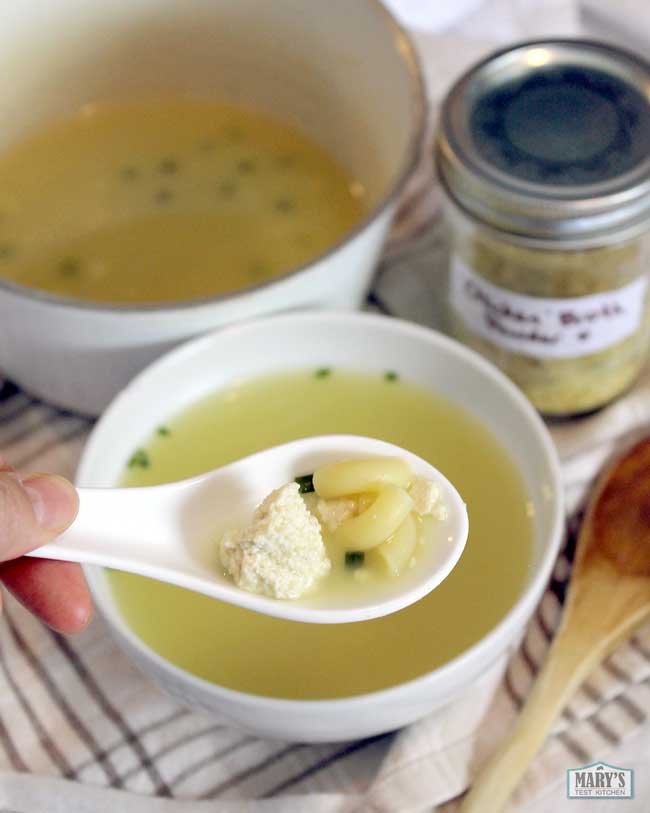 That said, my favourite vegan chicken broths are not always easy to access so having this DIY version as a backup is a must. It’s just so convenient especially during cold/flu season. When you’re under the weather, the last thing you’ll want to do is trek out to a store to buy supplies. Just mix the DIY Vegan ‘Chicken’ Broth powder with water, crumble in some tofu, toss in some pasta and boil until the pasta is tender. In about 6 minutes, you’ll have the easiest lazy vegan ‘chicken’ noodle soup. 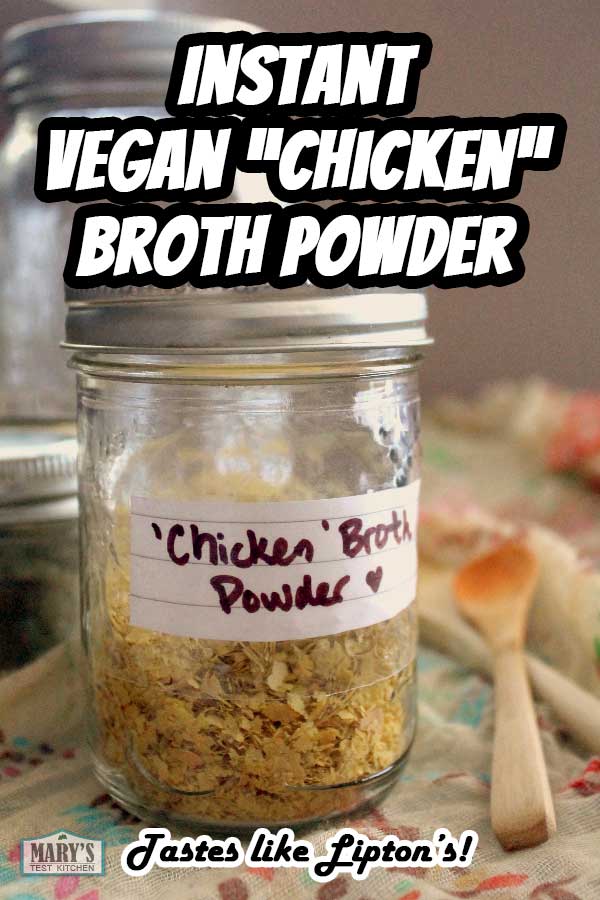 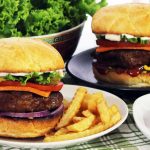 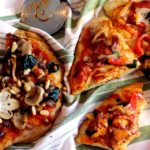