It’s finally here! Vegan Comfort Classics is the first cookbook from Lauren Toyota of the wildly popular vegan cooking channel, hot for food. In this vegan cookbook review, I tried recipes that got the most votes on my Instagram stories. I take you along as I try Real Wonton Soup, Ramen Burger, Rose Penne, and Raspberry Funfetti Pop Tarts. Plus, I’ll share my thoughts on the cookbook overall.

I bought this book myself and all opinions are my own. This post, as with others on marystestkitchen.com, contains affiliate links. See footer or terms for more details.

I had to start with wonton soup. ‘Won’ means cloud for the pale, wispy dumplings floating in clear broth. ‘Ton’ means swallow. But I would never just gulp them down. Wonton dumplings should burst with delicious flavour to be savoured. 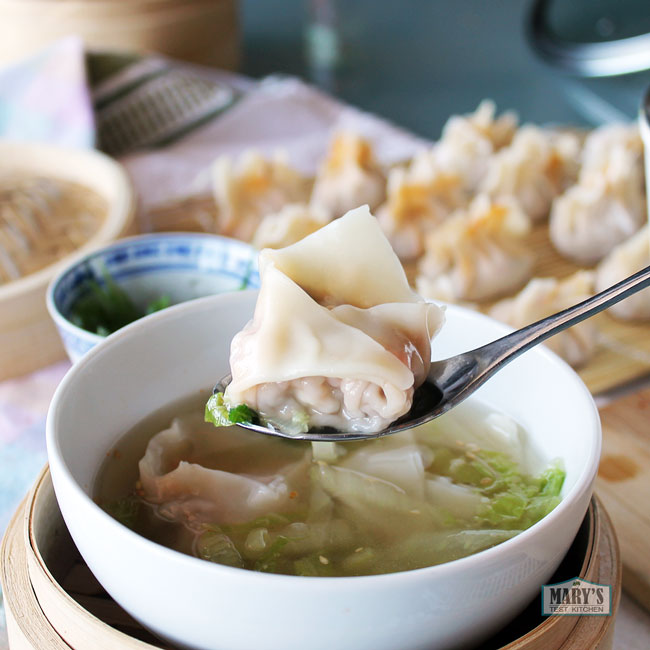 Simple to make, with ingredients that I could get easily from the Asian supermarket, I loved this vegan wonton soup. It really tasted like the wonton soup I grew up with. The main flavours are from fresh scallions, garlic, and ginger, plus extra savory flavour from napa cabbage. I also used mushroom bouillon (also from the Asian supermarket) in mine. It’s closer in flavour to the chicken broth usually used in wonton soup than regular vegetable broth.

By the way, if you’re in Calgary like I am, the only place I’ve been able to find vegan wrappers is T&T. All the ones I’ve seen at Superstore, Safeway and Co-op contain eggs. If you can’t find vegan wonton wrappers near you, you can make them! Check out my recipe and tutorial on how to make vegan dumpling wrappers. For wontons, roll them very thin; about 1mm. 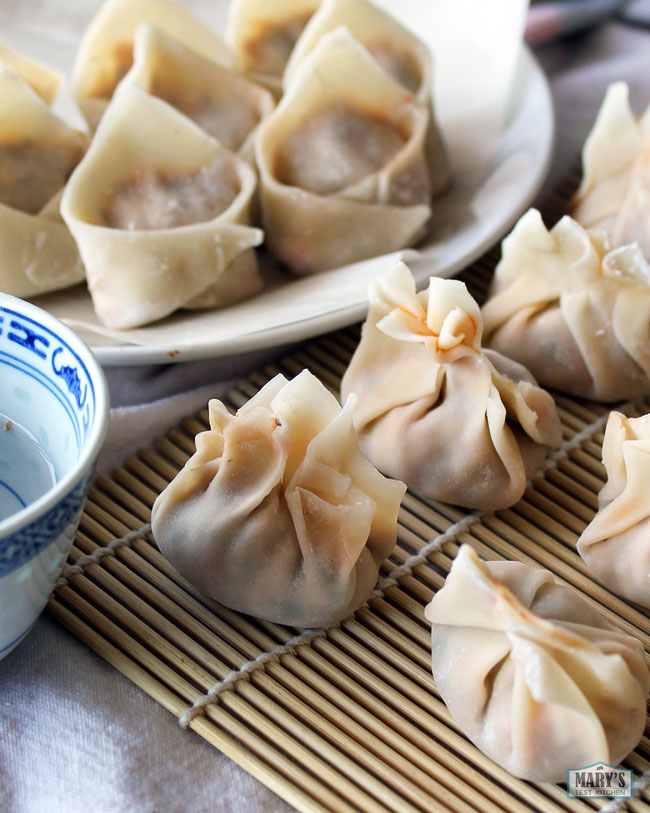 Previously, I’ve made a burger sandwiched in tasty glutinous rice ‘buns’. Those were extremely filling but very delicious. So I was looking forward to trying this recipe. 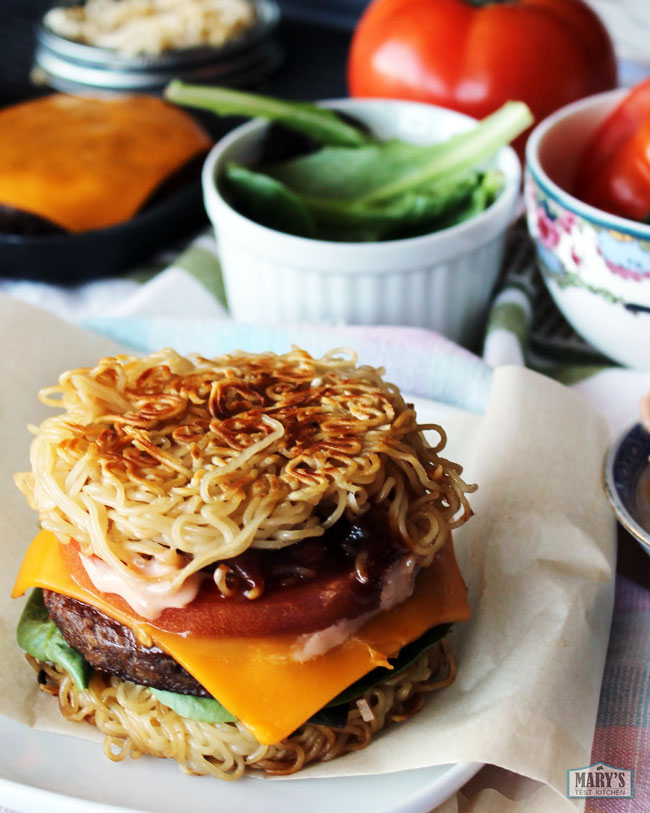 Even easier to make than wonton soup, with all ingredients easy to get, this highly grammable burger came together quickly. For this recipe, Lauren gives you the option to make Vegan Thousand Island dressing, BBQ sauce and spicy aioli with recipes from the cookbook. I only tried the Thousand Island which was very good. 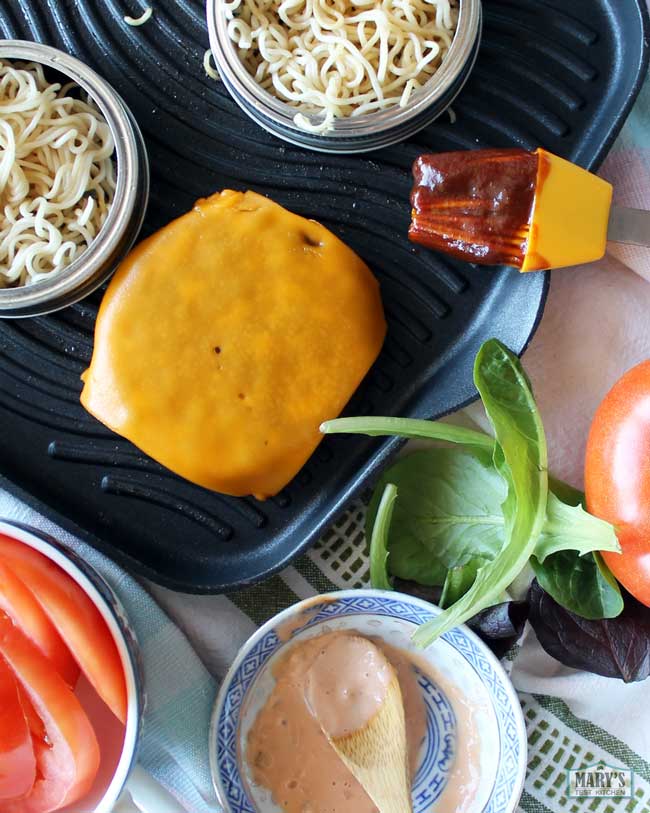 The ramen ‘buns’ are made by frying cooked ramen in rings (I used mason jar lid rings, as usual), seasoning with salt or the flavour packet that comes with the instant noodles. I went with the packet for more flavour. But even MSG couldn’t save this burger. I’d much rather have these fillings in a regular bun. The ramen felt thick and heavy in the mouth, diluting flavours rather than enhancing them. While certainly a bit of fun to make, fun to photograph, and good for a talking piece…I won’t be making these again.

This recipe uses old-school vegan hacks to make a formerly dairy-rich dish into a plant-based dish fit to impress. Vegan parm made from cashews and nooch, cashew cream turning homemade tomato sauce into a rich, silky dream. This rosé penne was heavenly and I’m so looking forward to trying all the other pasta recipes one by one. 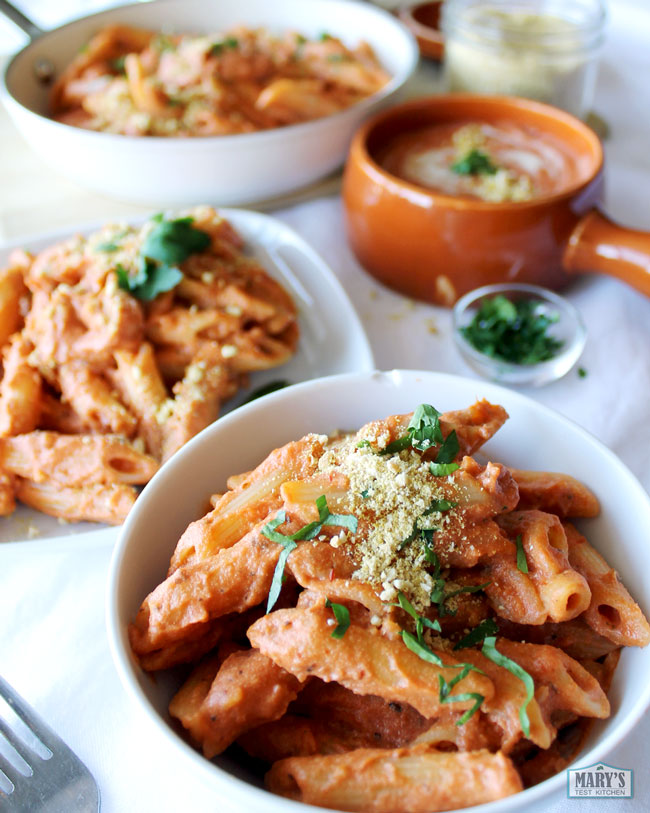 If you’re allergic to nuts, this book might be a challenge to work with. Lauren does suggest alternatives but you have to come up with the exact amounts yourself for the most part. A bit easier if you’re gluten-free, many of the recipes are gluten-free already or you just have to remember to choose gluten-free noodles, bread, and sauces. But there’s no quick guide or icons to mark those out. Of course, if you follow this channel, I am confident, you’re up to the challenge.

Raspberry Funfetti Pop Tarts are the perfect things to illustrate the focus of this cookbook. Fun food. Not preachy food. Rabbit food. No carrot sticks unless they’re going with your buffalo cauliflower wings and homemade vegan ranch dip. No sprouted this and blue green algae raw breadness. You know what I mean. That’s not to say there’s nothing healthy about this book. There’s lots of vegetable-focused awesomeness. Like that life-giving wonton soup.

This recipe is very easy. Even if you’re new to cooking or baking, this one is a cinch to pull off. Especially if you cheat a little and use frozen vegan pastry instead of making it from scratch. The raspberry jam filling, plus icing which is naturally coloured with a bit of that jam makes this pastry super sweet. Nicely balanced with tanginess from lemon juice and the raspberries. They are a tad too sweet for my personal taste but I bet kids would go wild over them! Way better than normal pop tarts.

I am loving Vegan Comfort Classics by Lauren Toyota! There are so many great things about it.

I hope you’ve enjoyed this review; thanks for reading! Please let me know what things you’ve tried from the hot for food cookbook and what you thought about it in the comments below! Bye for now! 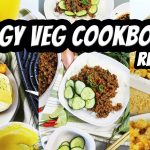