Do vegan medalists in the Sochi Olympics matter?

On Monday in Sochi, Russia’s Alexey Voevoda took the gold in Bobsleigh Two-Man while Canadian Meagan Duhamel won silver in a new figure skating team event. Over the course of these games, my newsfeed filled with celebratory articles from Ecorazzi, Peta, One Green Planet and more. I have my own reservations about the Olympics as an organization and  the human rights violations and environmental issues around the construction of Olympic venues. All that aside, I found myself wanting to know more about these two vegan Olympic medalists. But why does it matter?

Depending on where you live, it may not seem to matter at all. I grew up in Vancouver and the word vegan was just a known thing; people had all sorts of diet types and could be healthy. But then I moved about 500 miles away and ran into misconception after misconception about the healthfulness of a plant-based diet. I was surprised to find that many people really believed in the stereotype of all vegans being sickly and unhealthy. Being able to point to internationally known athletic champions may help as a short cut to answer those who think meat and dairy are necessary for human health.  There are already many top athletes who choose a plant-based diet, but the Olympics is something that even the casual, not-really-a-sports-fan regular joe/jane is exposed to. You can’t get away from Olympic conversations around the water cooler during the games.

In short, I do believe celebrating the triumphs of these athletes and sharing their stories matter, if only to burst that annoying idea that vegans can’t be healthy. 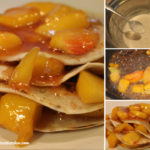