This past Friday night, I finally tried this vegan mozzarella cheese recipe that had been going around in a Facebook group. The group is called “What Fat Vegans Eat” and is all about posting pictures of delicious vegan food with no judgement, no comments about healthfulness, and no debates about veganism. I LOVE it! Well, over the last few weeks or so, member after member posted their shot at the recipe and it seemed that everyone was RAVING over this cheese. Of course I had to get on the moxy train too!

As you may recall, Friday was Valentine’s Day. My SO and I had an agreement to not “do” Valentines Day…so I made him a not-Valentine’s-Day-pizza. With heart shaped peppers and heart-shaped tofurkey slices. But in my excitment over the moxy cheese, I accidentally placed the toppings straight on top of the sauce instead of on top of everything. So while the pizza looked great, all my hard work of cutting out those damn hearts was for nothing! 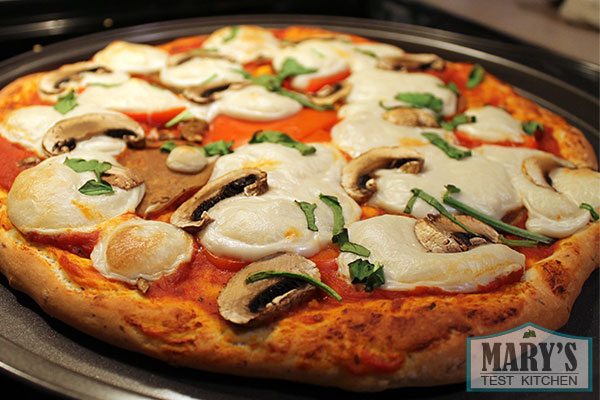 I was a bit sad about that. But the “cheese” tasted great! The consistency and flavour was more like a mild but thick alfredo sauce, in my opinion. Perfect flavour for a simple margherita style pizza.

The next morning, I still had that foxy moxy on my mind. So I turned to my SO and asked what he thought of having pizza for breakfast. Of course, his pizza-crazed-self had an enthusiastic YES for an answer. What about having pizza…for every meal until the end of the weekend? Instead of just saying yes, he dared us to do it. OK, then! Challenge accepted!

I pulled all the breakfast-y type ingredients from the fridge. My mind churned with what toppings I could put on a breakfast themed pizza. So much excite! Then, I stood back looking at the fridge. Meh, too much work. I grabbed a few ingredients and quickly slapped this together. At least the vegan sausage is kin of breakfast-y. 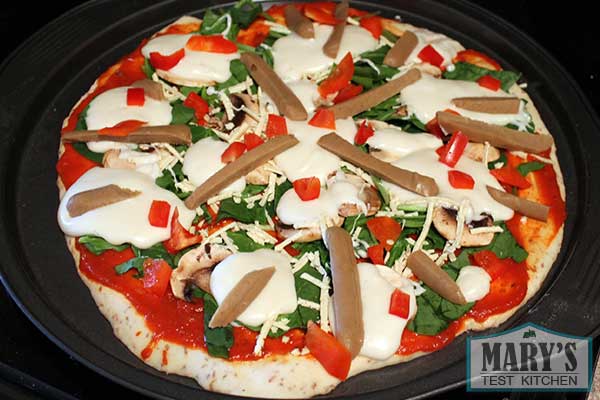 To be honest, I just wanted something to put that moxy cheese on!

I LOADED the pie with moxy cheese this time.

By the time lunch rolled around, I wanted something different. But I had many of the same ingredients to use up. What to do? Cup-pies!! Basically, I just took pizza dough, kneaded in some Earth Balance buttery spread, rolled them out into tiny pizza shapes and stuffed them into a muffin tin. It was also a weekend of using up leftovers, so we ended up stuffing some mac into a cup-pie. And it was awesome. 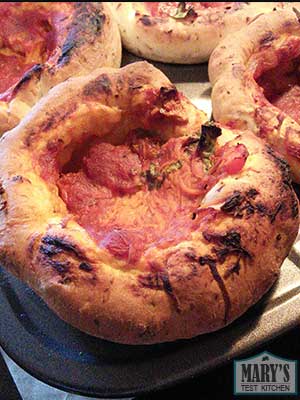 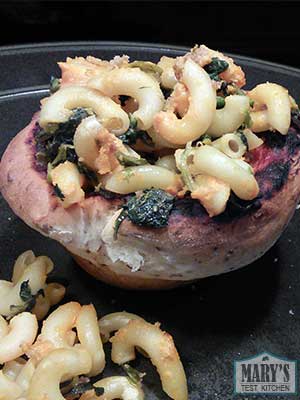 Cup pies were also breakfast the next day. For the filling, I made more moxy cheese and mixed some pureed and some whole spinach, added other leftover pizza toppings and topped with grated Earth Island cheddar and finished with some tomato sauce. They were pretty amazing, but I should have chopped ALL the spinach up. Made for some pretty grace-less eating. 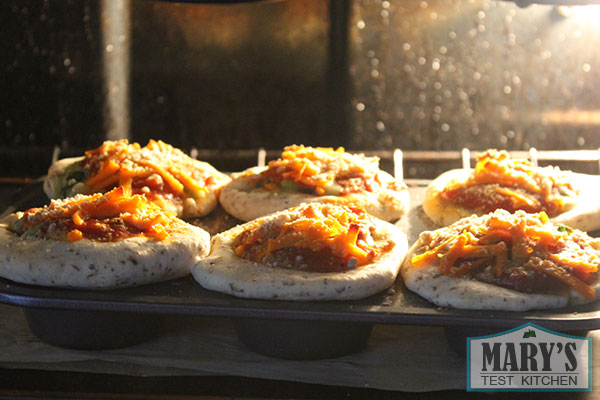 Pizza cup-pies in the oven!

Are they like Chicago deep-dish style pizza? In truth, I do not know. I’ve never had that. One day though… 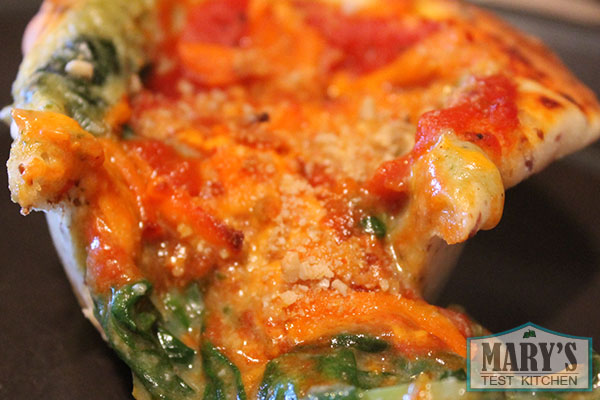 Here’s one of the pizza cup-pies with its guts hanging out. haha

After all that pizza, I couldn’t do any more. It was salad for dinner. And on Monday morning, I couldn’t even think about pizza. It was still the weekend as it was “family day” in the province of Alberta, but I couldn’t do it. Can one really have too much pizza? In this case, I think yes. Is this the last we’ll hear of pizza weekend? Not a chance! Ha! I’m already thinking of what to make on our NEXT pizza weekend!!! bahahaha *evil laughter* 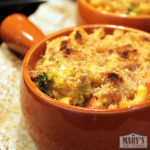