General Tso’s chicken is a spicy, aromatic, sweet and sour dish with roots in Hunan, China, Taiwan and New York City. Now we branch off again with Vegan General Tso’s ‘Chicken’! In this recipe, I use the BEST vegan fried chicken, oven-fried, as the vegan chicken alternative. It’s amazingly juicy, crispy, crunchy, and perfect for rolling in this sweet and sour sauce while still retaining its texture. This recipe is easily made gluten-free by choosing gluten-free tamari instead of regular soy sauce and using gluten-free dry sherry instead of Shao Hsing wine. Pin this recipe. 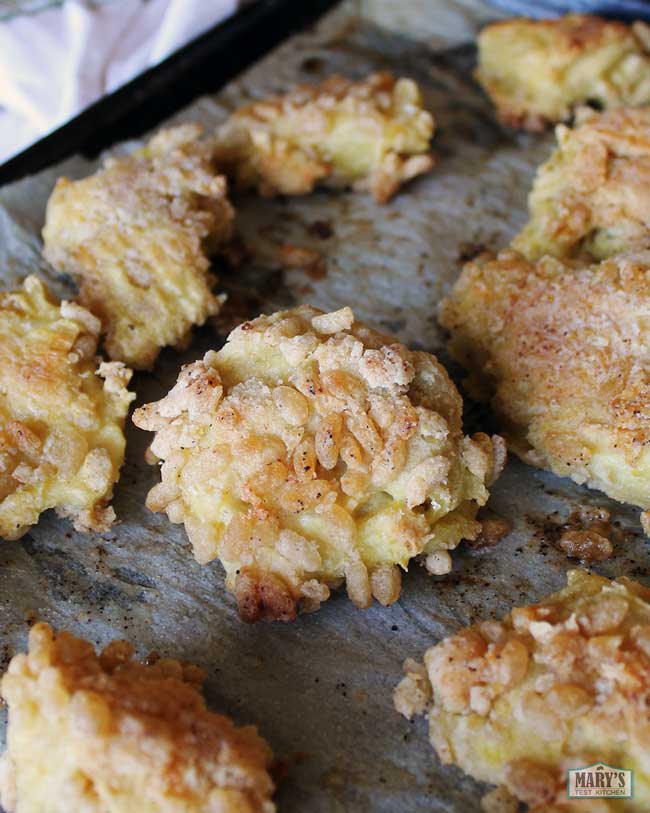 I like oven-frying the “vegan chicken” in this recipe because it’s less trouble than setting up to deep-fry and the clean-up is quicker too. Plus, while the vegan chicken is in the oven, you can start cooking your jasmine rice and prepare all the stir-fry ingredients.

You can certainly use a store-bought vegan chicken alternative and use the same dredging and baking process to achieve that delicious crispy, crunchy crust. Or, simply use breaded vegan chicken tenders to speed things along. Either way, you’ll love this simple recipe for General Tso’s chicken made vegan. 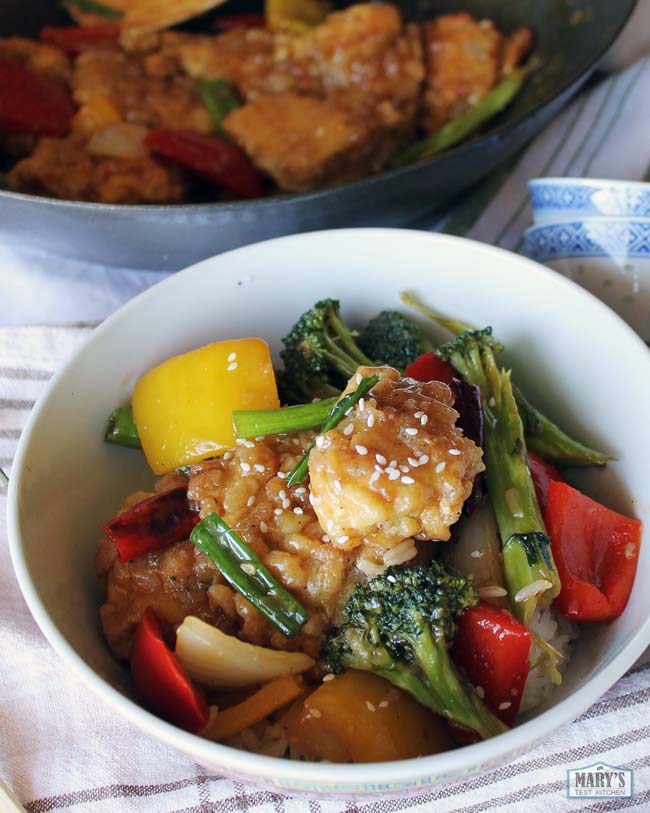 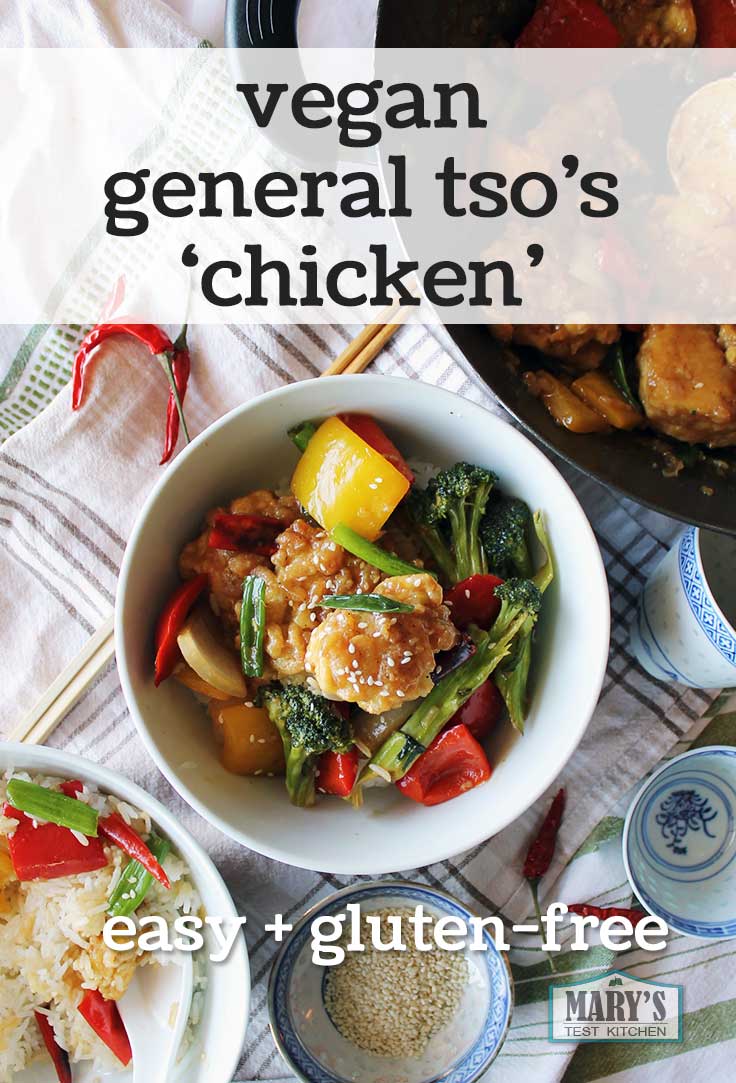 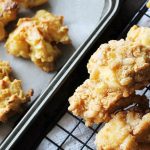 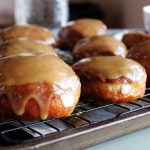