One of the foods I was most reluctant to “give up” when I went vegan was salmon. I grew up on the westcoast where the fresh sockeye was plentiful, cheap and the best quality one could find. Without going into too much detail, it would be safe to say salmon was in my top 3 for favourite foods. Now that I’ve been vegan for over two years, I can say I don’t actually miss it at all. BUT when I found out that Sophie’s Kitchen had a mock smoked salmon available, I had to try it. I’ve had the vegan breaded shrimp and scallops before and they are really good (tricky not to overcook, but when done right, they are excellent). 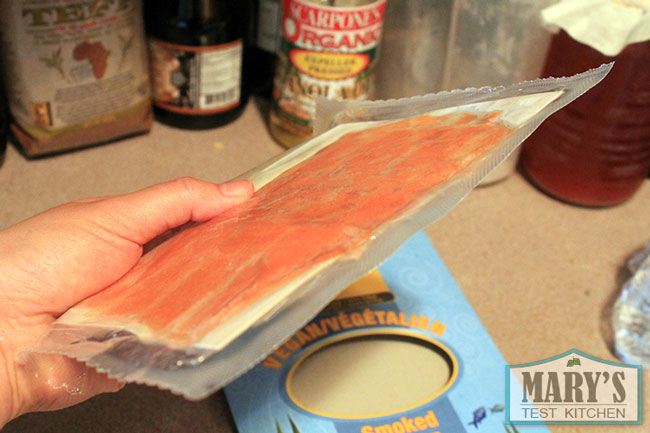 It looks bigger in the picture than it does in real life. I wish I had a banana laying around for scale.

I ripped open the package pretty much as soon as I got home. 113 grams and it was $6.09 from Community Natural Foods in Calgary, Canada. Already, I’m thinking about how much packaging that was for the amount of food there. 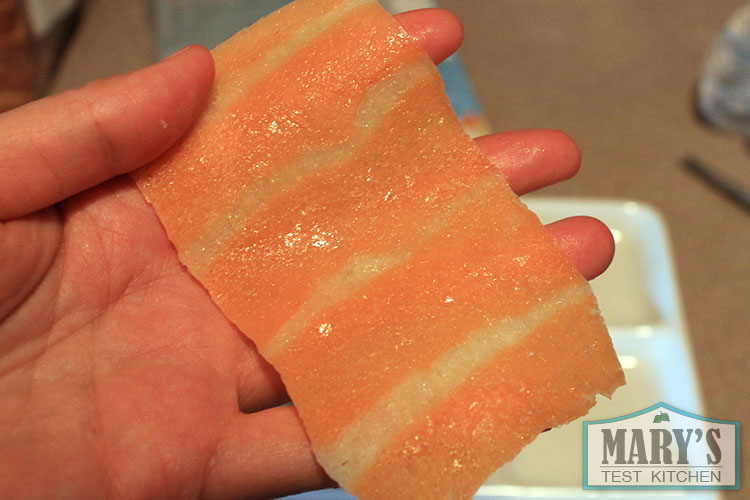 Hmm…it SMELLS exactly like smoked salmon. It tastes very much like the salmon I remember. The texture though. Like as if you made a salmon mousse and sliced it. You know, the salmon mousse that was popular in the 70’s, set with gelatin. Or like a very firm head cheese. Or…(don’t read if you’re squeamish about animal products)…like thinly sliced, steamed chicken skin.

It was great on this open faced sandwich, with homemade vegan tzatziki sauce, chives and fresh dill. 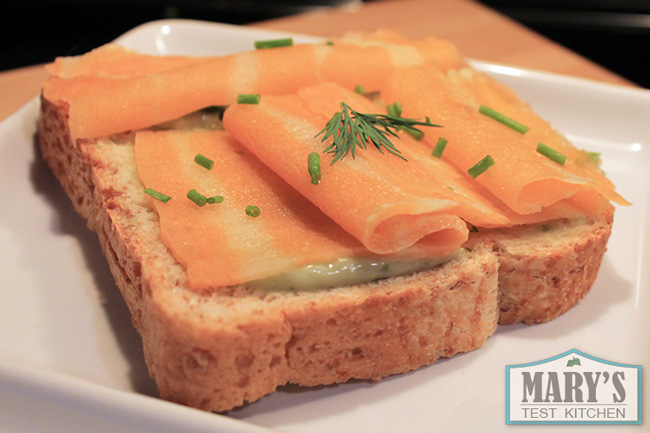 So would I buy this again? Maybe for a special occasion.
I could probably use up the package in one breakfast for two of smoked salmon tofu-eggs benny…which I’ll probably make this weekend. hehehe 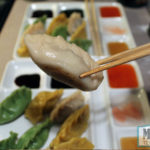 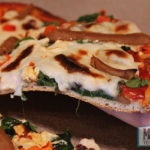