These are the BEST vegan cheese buns you can easily bake at home! If you’re looking for dairy-free buns that are fluffy and soft with layer upon layer of sharp cheddar goodness, this is the recipe for you. For my Calgary friends, the might look somewhat familiar as they were inspired by the iconic Glamorgan Bakery cheese buns. So if you want to make vegan Glamorgan-style cheese buns, give these a try at please let me know how they compare in your opinion ❤️

This recipe starts with a straight-forward yeast dough, combined with vegan cheddar-style shreds that are enhanced with simple seasonings you probably already have in your pantry, and baked to soft and puffy perfection! 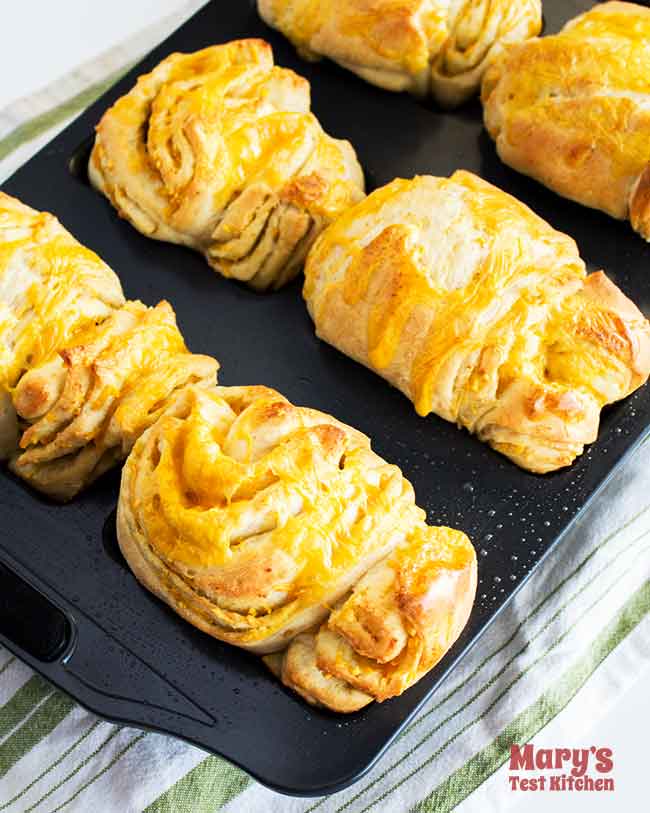 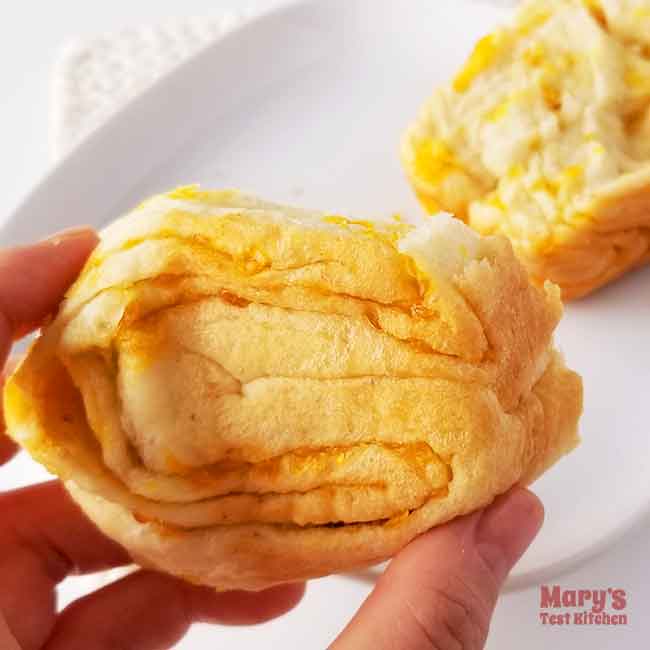 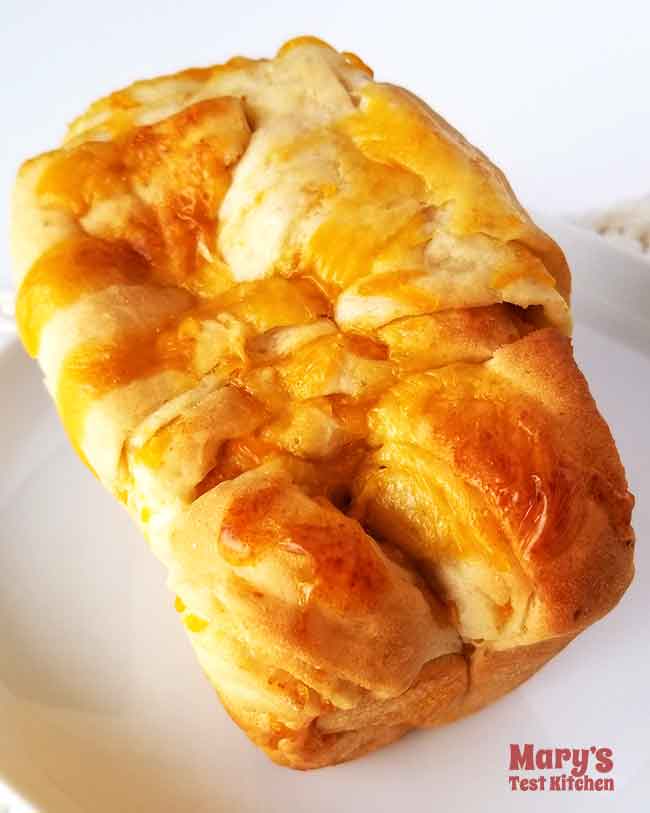 In large mixing bowl, combine warm water and flax. Sprinkle over instant yeast, then sugar, then bread flour and finally 1/2 tsp salt. Manually or in a stand mixer, stir together until the dough forms. Let it rest 15 minutes before kneading. Knead until smooth; about 10 minutes by hand or 5 minutes in stand mixer.

Cover and let the dough stand in a warm, draft-free location to rise for 1 hour or until doubled in size. Meanwhile in a small bowl combine vegan cheddar shreds with nutritional yeast and 1 tsp salt. Stir well. Measure 1/4 cup of the mixture and set aside in a small microwavable bowl. Cover both.

After the dough has risen, transfer to a lightly floured work surface. Press flat to remove air bubbles. Then roll it out to about a 1/4 - 1/2 inch thick rectangle. Spread 1 1/2 tbsp vegan butter evenly on top. Add half of the larger portion of seasoned vegan cheddar. Press the cheese into the dough with a spatula so it sticks well. Fold the dough, short-side to short-side, avoiding trapping air pockets.

Press to flatten to about 1" thick. Spread 1 1/2 tbsp vegan butter on top evenly, then sprinkle over the other half portion of cheddar. Press cheese into dough as before and fold the outer thirds into the middle (like a pamphlet).

Finally, flatten with hands and fold again lengthwise to form a thin log. Cut into 6 or 12 pieces.

Use the final tbsp of vegan butter to grease your mini loaf or muffin pan. Place one piece in each cavity.

Cover with plastic wrap or a clean, damp lint-free kitchen towel. Let rise in a warm, draft-free location for 1 hour or until doubled in size. About 15 minutes before this hour is up, start to preheat your oven to 350°F.

When the buns have fully risen, carefully remove the plastic wrap.

Bake in preheated oven for 25 minutes or until the golden brown. Enjoy!

Try adding green mango powder for an extra bit of tanginess to pump up the cheesy flavour. 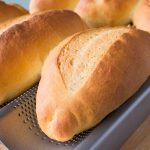 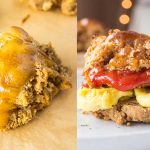