I don’t usually do grocery haul posts but there are a few specialty items that I know I’ll get questions about. For this vegan grocery haul, the shopping list was pretty small. I already stocked up on staples like rice and lentils so I was mainly shopping for recipe testing ingredients. Months ago, I started the series Vegan Lunches that will Make Your Friends Jealous. The last recipe in that series was to be Jackfruit Tuna Sliders. I had tested the recipe and shot the video. Last month, I finally finished editing. But when I went to type out the recipe, I realised I must have recorded one of the amounts wrong; it just didn’t seem right. Sick and tired of working on this particular recipe, I put off shopping for the ingredients until now. And of course, while I was there, I picked up a few other things. Including some time-saving items that have made my life a lot easier over the last several months.

One of the things I went shopping for was Green Jackfruit. Green Jackfruit which is unripe and fairly bland. Because of its fibrous texture, it’s often used to replace the meat in pulled pork, chicken salad, or tuna salad. It’s one of the main ingredients in Vegan Jackfruit Tuna Sliders. 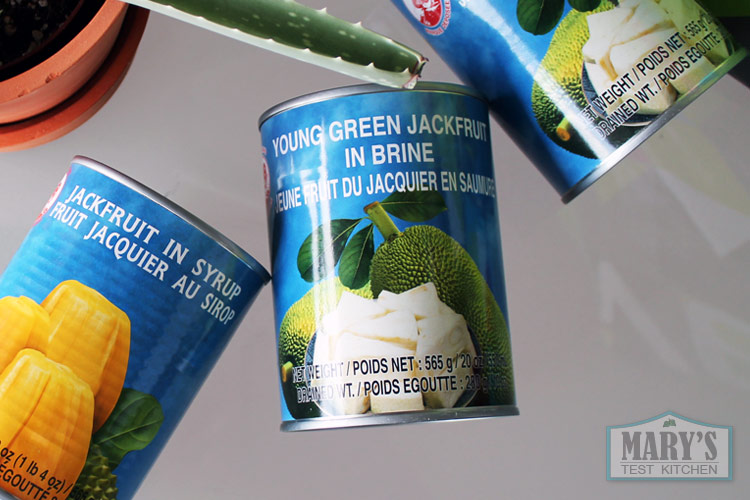 I also got some ripe jackfruit to show the difference between the two. The flavour of ripe jackfruit is like Juicy Fruit gum; a cross between pineapple, peaches and bananas and something else mouthwateringly delicious. It is not the type of jackfruit to be used in savoury dishes. 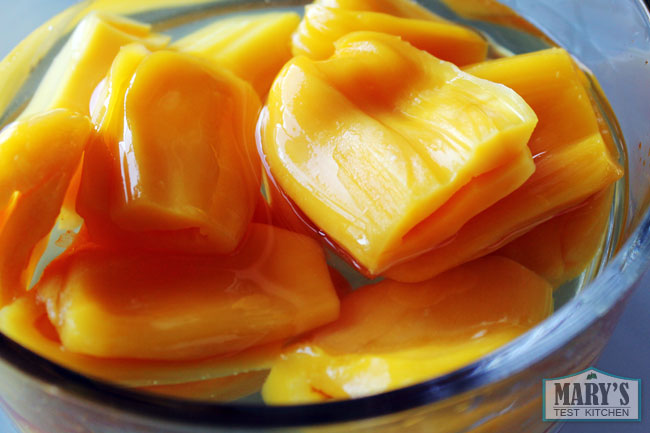 Frozen veggies aren’t my preference when it comes to taste and how I like to cook normally but with my chronic pain issues, I have found that using the pre-washed, pre-cut produce really frees up a lot of my “hand budget.” While I have always preferred the texture of fresh vegetables, frozen ones are more budget-friendly and there isn’t the risk of them going bad before I can eat them up. Luckily, I’ve found frozen veggies that don’t totally suck and they turned out to be the least expensive too! Totally not sponsored but President’s Choice brand frozen vegetables (and fruit) have really exceeded my expectations for frozen produce. I don’t know how they’re doing it but they are way nicer than other brands that I’ve tried. They actually have flavour and they aren’t super mushy! In particular, I really like their whole green beans and the Summer Blend of peppers, asparagus, and carrots.

I wish nutritional yeast had a better name. It sounds absolutely terrible and its nickname, nooch, is not much better. But terrible name or not, I love it and use it in lots of recipes, including Jackfruit Tuna Sliders. I like to get Bob’s Red Mill brand. The cheaper option is from Bulk Barn but Bob’s just tastes a bit better. Maybe the difference is just the small sealed bag versus the air-exposed bulk bin but sometimes you just get what you pay for.

Since I’m in Canada and most of you reading are from the US or other countries, here’s a list of everything with links to either Amazon, a wiki page, or the manufacturer’s info page. The Amazon links are affiliate links which means I’ll get a small commission if you shop through that link. Those commissions help with the cost of running this website so thank you in advance if you decide to use them. 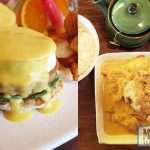