Karmavore is a vegan shop, just down the street from me, yet I rarely stop in. That’s mostly because of my student-but-not-a-student budget. But, I recently noticed that they have a deli downstairs! I was so excited when I found out. Yet another way to ensure my status of Queen of All That Is Lazy! So here are a few things I took home from Karmavore’s Downstairs Deli, and what I thought of them. 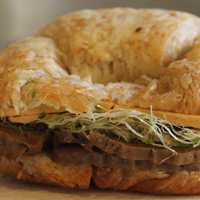 At first glance, I was not impressed with this dry-looking croissant sandwich. Peaking inside, there were a couple mushroom loaf slices, some thick, clumsy cuts of vegan cheddar, and a small afterthought of alfalfa sprouts. I broke off an edge of the croissant. Just as oily and old-tasting as it looked. Unhappily, I heated the sandwich up in my toaster oven for a few minutes. Once heated, I blotted off some of the excess oil before taking a bite. Oh how unprepared I was for the deliciousness!

It felt like I was eating a roast beef sandwich. Only better and, you know, without the cruelty. The mushroom loaf was very flavorful, the cheese was tangy with the perfect firm cheddar texture, and there was a hint of mustard. The croissant was softened by the heat, and even though the edges were still an oily mess, the inside was wonderfully fluffy. Even at $5.99 (which, to me, is a little much for such a little sandwich), I’d get this again. I’d probably like it even more if there was more alfalfa sprouts and maybe if it was on regular whole wheat. 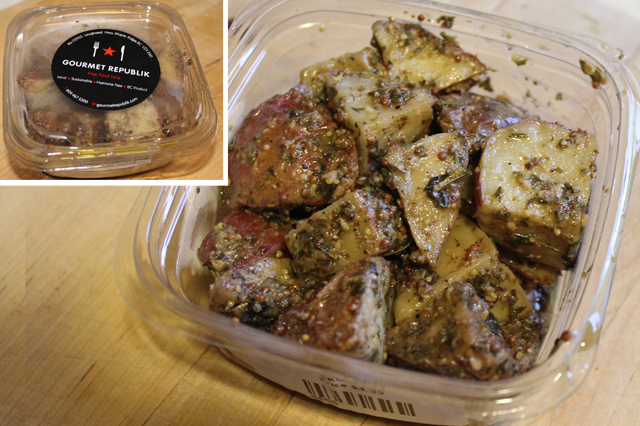 This was, very simply, cold roasted herbed potatoes. While really tasty, the potatoes were covered in way too much excess oil. I tried it both cold and heated up. Heated was 13.7 times better. I would probably not buy this again because I prefer my herbed potatoes to be baked without very much oil.

Gourmet Republik is a local company that makes really wonderful-looking prepared food. However, not all their products are vegan.

A quinoa salad with a tangy sherry dressing 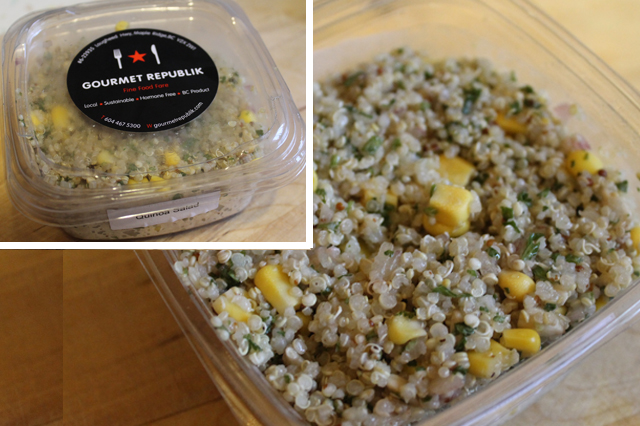 Another hot (cold) mess from Gourmet Republik. This quinoa salad was drenched in their sherry dressing, making it too sour to eat unadulterated. I mixed in some more celery, carrots, and onions to dilute the dressing and make it edible. Looks pretty, but didn’t taste pretty. I won’t be purchasing that again. 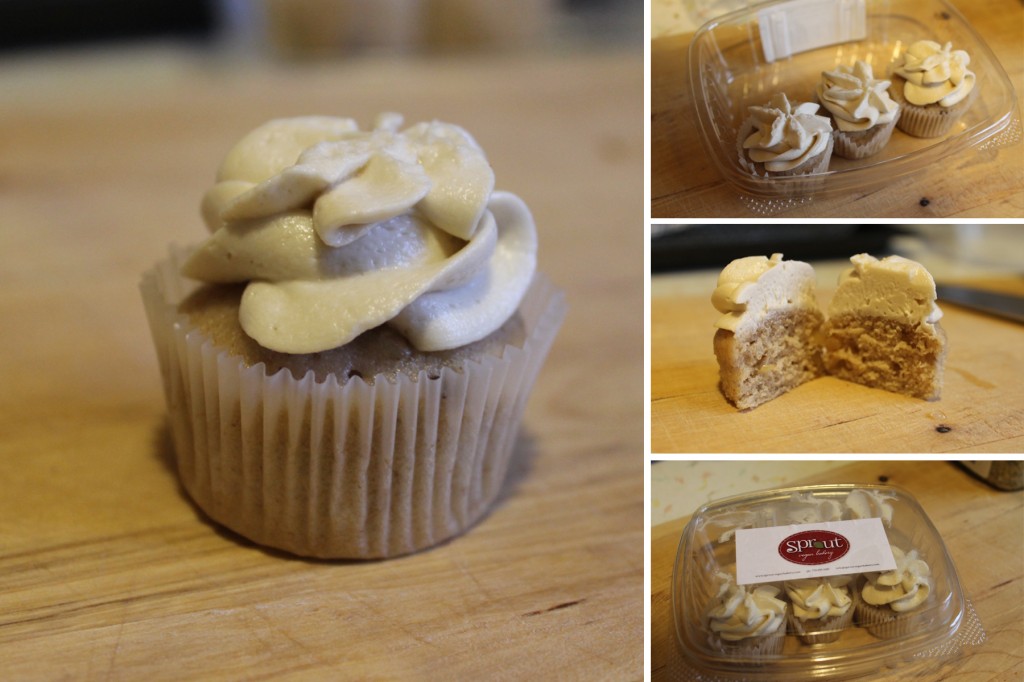 I had the intention of having just trying one, since I already had a big lunch. But that didn’t happen. The container in the photo only has 3 cupcakes in it. That’s because I scarfed the other 3 in the matter of minutes! Wonderfully aromatic maple and walnut flavour; this cupcake had a nice firm cake with lovely, smooth icing.

So that’s all for now! I’m sure I will be back to try other goodies. Have you been to Karmavore? What did you like/not like?

Newsletter Sign Up
© 2021, Mary Lin All Rights Reserved.
Cold Tofurkey Week 7: Luckiest Vegan in the World/ Why My Dad is So AwesomeLifestyle, Personal Blog 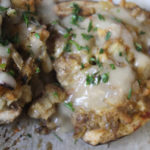