Last December, there was a thread in Veggie Views asking if anyone had resolutions. I put a couple up that I had created SMART goals for. I was feeling pretty confident; I had made an action plan and put activities in my calendar.

My new year’s resolutions for 2013

Long story short, my main resolutions were plucked from the most common New Year’s resolutions of our time: save money and lose weight.

At the end of November, someone revived the thread: how was everyone doing on those resolutions? At the surface, I had straight up failed to achieve my New Year’s 2013 resolutions. My debt (mostly student loans) had barely budged and I actually gained weight. Yet, I was happier than ever.

Instead of feeling bad about not reaching those goals I set last year, I reflected on how those goals started to become less important throughout the year. When I made up those grand plans, I was working at a job that I enjoyed but it wasn’t my passion. I was living in a small town, which I loved, but away from my SO. Not knowing what the future would hold, I made plans based on where I was in that moment of life. I couldn’t have known that midway through the year, I would move to a new city, start a new business, and basically make a new life for myself.

How can I possibly feel bad about failing at my 2013 New Year’s resolutions? Well, I don’t. I feel wonderful about having developed new and exciting priorities. But I do have a couple resolutions for 2014.

Resolution: noun, firm decision to do or not to do something
“resolution”. Oxford Dictionaries. Oxford University Press, n.d. Web. 27 December 2013. <http://www.oxforddictionaries.com/definition/english/resolution>. 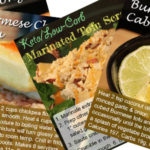