Only one week ago, I did declare that I was not against the idea of killing animals to consume their meat. After all, animals kill other animals and must for their own survival. In nature, there is no good or evil, right or wrong. There is only what is. So, I became vegan only to avoid cruelty. I was open to the idea of going back to animal products if I could be certain of a humane process.

I thought about this issue a lot over this past week. I could only come to the conclusion that using/eating animals is selfish. It is one of the many short-cuts we use to further our pleasures. I state it without judgement on the character of people that use/eat animals. Although we are taught (at least I was) that selfishness is a shameful quality, even animals place their own well-being before others. It’s a matter of survival. Fortunately, for us compassionate human beings, it is not a matter of survival to consume animals. We are smart, innovative, and resourceful enough to thrive on alternative means. Because of enculturation, most people just don’t know it…yet. 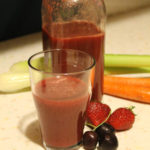