Ginger beef is a Chinese Canadian invention. According to Wikipedia, it was developed for the local palate in the 1970’s by chef George Wong at the Silver Inn in Calgary, Alberta. It’s made from strips of beef, battered in a mixture of egg and cornstarch and deep fried before being covered in a very sweet and somewhat tangy sauce. Incredibly popular, it’s on practically every Chinese take-out menu here in Calgary, even the vegetarian Chinese restaurant menus. So by popular request, I developed this vegan ginger beef recipe for anyone and everyone who craves the taste and crunch of ginger beef without the meat and eggs. 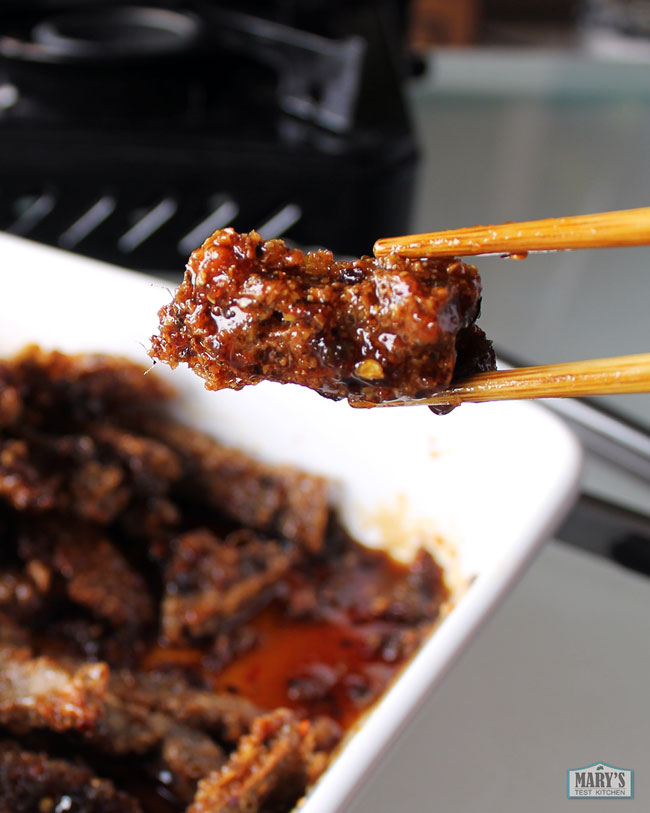 For now, this vegan recipe doesn’t have a from-scratch gluten-free option. However, I think this recipe would be great using vegan chicken strips or even strips of super firm tofu. I haven’t tried it myself though so please let me know if you do. The only other ingredient containing gluten would be soy sauce. Happily, gluten-free tamari is a good alternative to regular soy sauce. 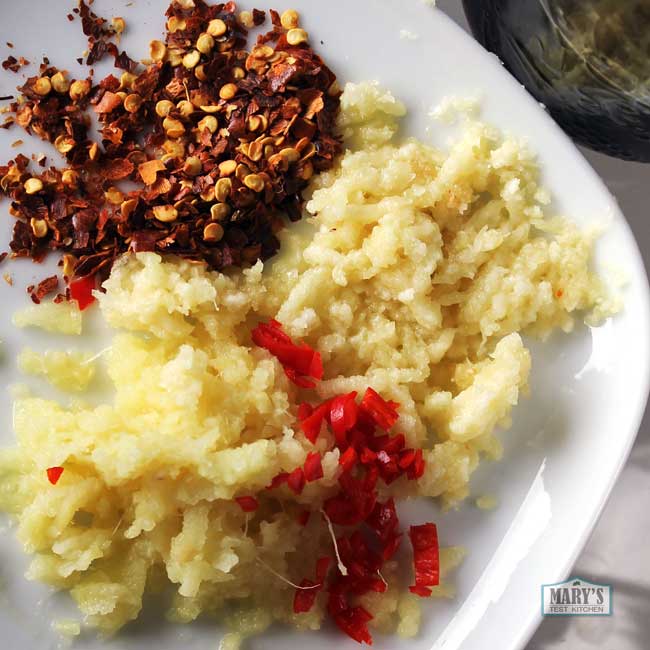 If you’re good with gluten, the homemade beefy beefless seitan makes a tender, flavourful base for this dish. Homemade seitan is pretty simple to make, especially with my recipes. Most of the ingredients go in a blender, then you mix the puree with vital wheat gluten (aka pure gluten flour) into a dough and steam it. It has to cool down in order to cut into strips though so it’s best to make the seitan a day ahead or up to three days in advance. You can even freeze your homemade seitan for up to two months. Then you can pull it out and make vegan ginger beef anytime you like. 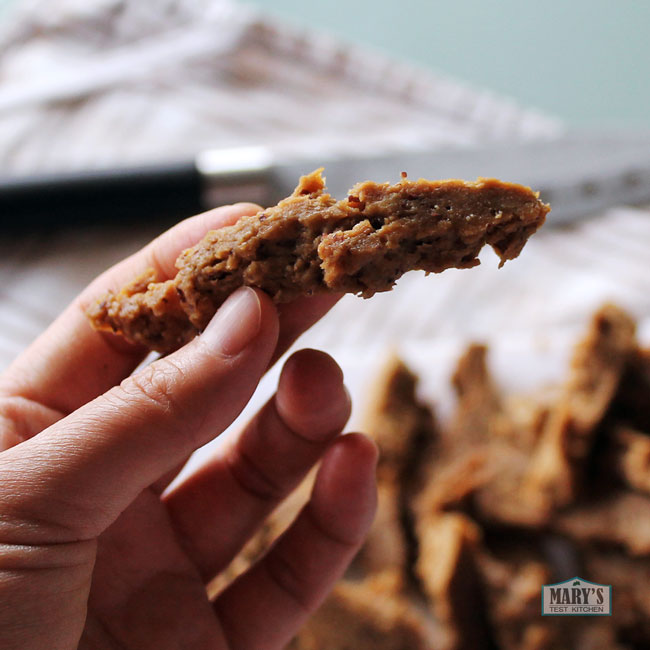 I developed beefy beefless seitan originally a few years ago as an alternative to using beef in recipes. It has a dense bite with a tender texture and a delicious flavour from mushroom bouillon, marmite, and other savory plant ingredients. This makes a wheat-based meat that’s delicious and satisfying when sliced for sandwiches or cubed up and browned for stews and curries. When combined with other ingredients typically used with beef, it gives the impression of meat. And in this vegetarian ginger beef, it’s tender and flavourful. But don’t expect it to actually taste like beef. 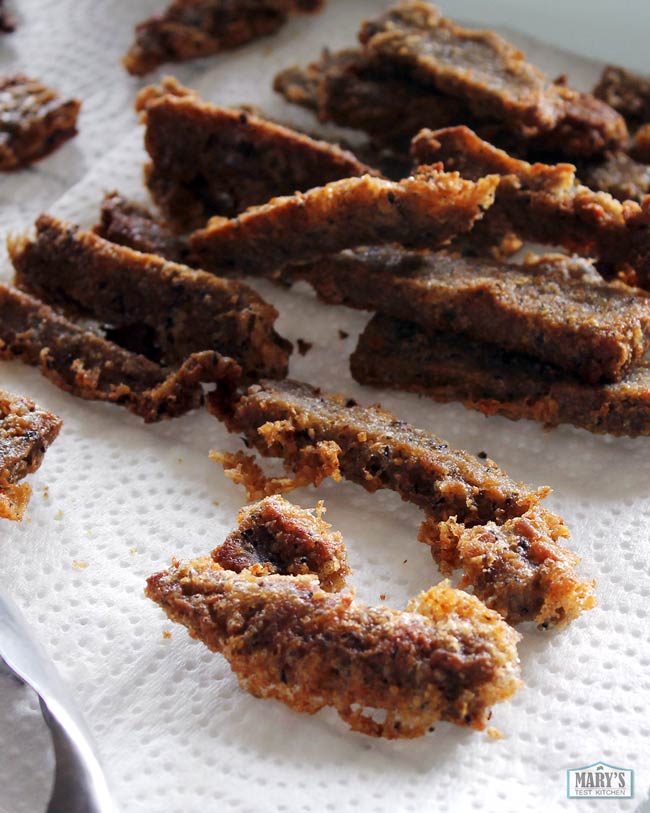 If you want to make a vegan Ginger Fried Chicken, you could take the sauce in this recipe and simply drizzle it over The Best Vegan Fried Chicken recipe using tofu. The rice crispies in the batter help to maintain the crunchiness even after a light coating of the sweet ginger sauce.

But for this recipe, I wanted to keep the batter simple. After testing out a few different batters, I went back to my old favourite egg-alternative: ground flax seed. Mixed with water and cornstarch in just the right proportions, it becomes a batter that fries up to light, crispy perfection. 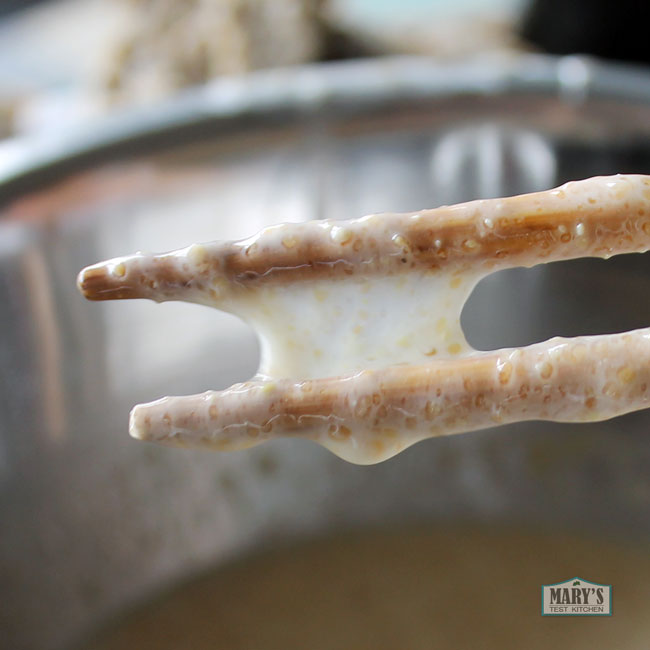 Don’t think about what it looks like; just know this batter will fry up to crispy, crunchy perfection!

I’ve mentioned several times that this sauce is sweet. How sweet? A half cup’s worth of sugar sweet. Yes, it needs that full amount to compare to the original dish. The sweetness is balanced with some tangy vinegar, heat from dried chillies, garlic and ginger. I add some lemon juice for brightness as well; some extra tang to cut the fat from frying. 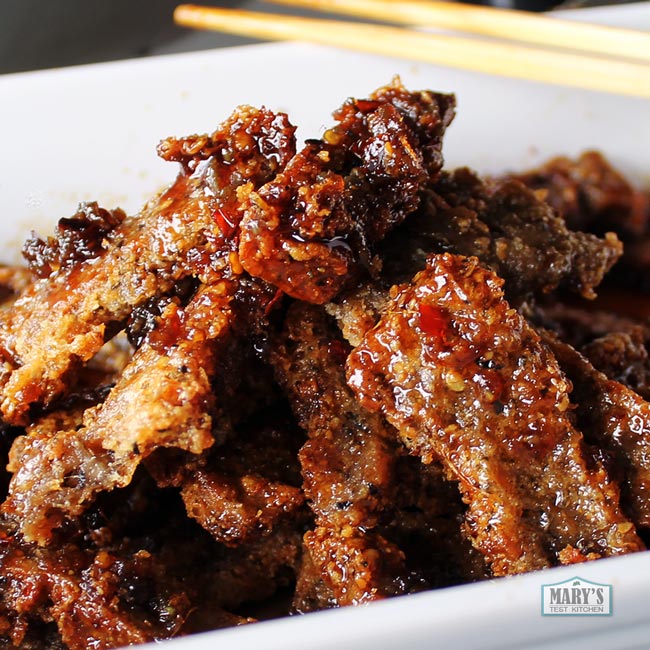 While I HIGHLY recommend my Beefy Beefless Seitan for this recipe (it's truly made for it), you can also use store-bought alternatives, including:

For now, this recipe doesn’t have a from-scratch gluten-free option. However, I think this recipe would be great using The Best Vegan Fried Chicken recipe (just use the ginger sauce), vegan chicken strips or even strips of super firm tofu. I haven’t tried it myself though so please let me know if you do. The only other ingredient containing gluten would be soy sauce. Happily, gluten-free tamari is a good alternative to regular soy sauce.

While I generally dislike biting into chunks of ginger, I do enjoy the texture in this particular dish. Use the coarse side of a box grater or hand chop the pieces to your preference. If you're not keen on biting into ginger pieces, just leave the coarse grated ginger out. 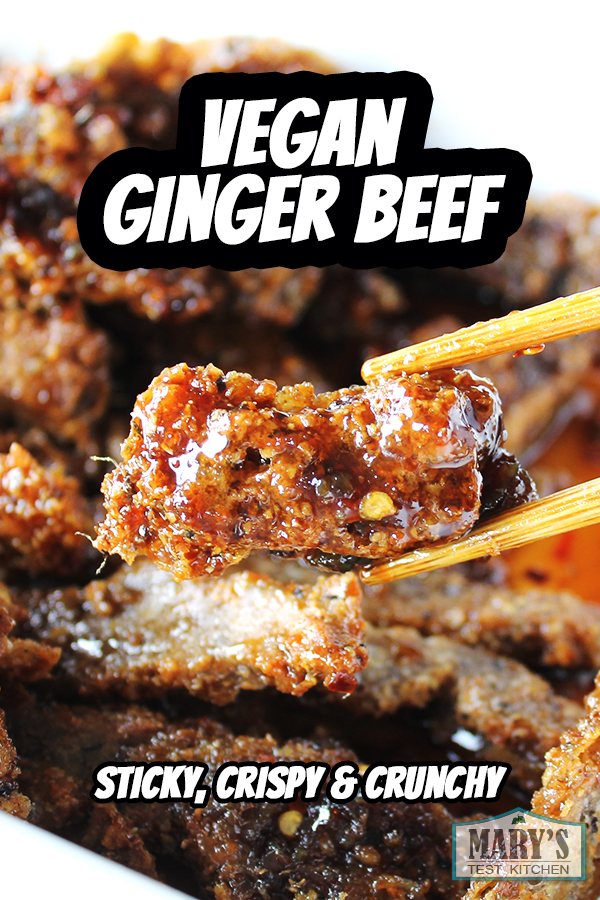 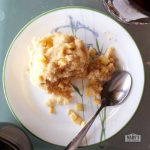 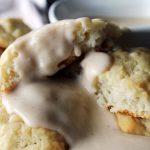